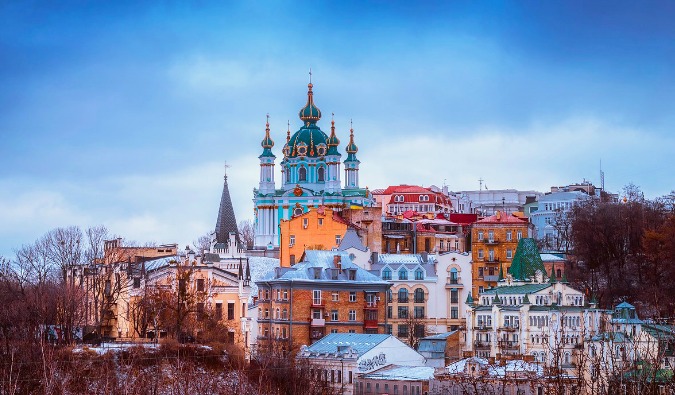 As a native English speaker, I hit the traveling jackpot. Wherever I go in the world, English is the lingua franca, and if anything’s ever in a second language, it’s always English.

In hostels, people usually converse with each other in English, which means I can always find a conversation to join. I’m never limited by language.

While there have been times where I’ve had to get creative with nonverbal communication, for the most part, communication is much easier for me as an English speaker than it is for my friends from Germany or Portugal.

At least, until I went and visited Ukraine this month.

Out of all the countries I’ve been to, Ukraine ranks number one on the list of places where no one seems to speak English.

It may sound like hyperbole to say that. Surely some people must speak some English, right? A few do. Those who interact with tourists or work in international restaurants can understand a few words.

But everyday Ukrainians? The ones I encountered couldn’t even understand words like “water,” “train,” “bill,” or “thank you.” 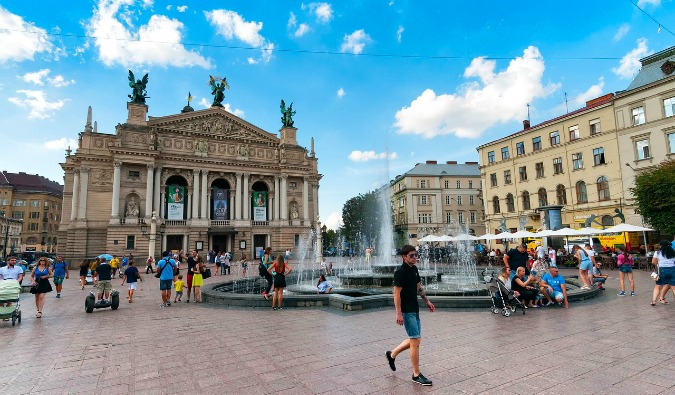 Now, I’m not one of those tourists who demands the locals know my language. I don’t really expect anyone to be fluent in English, just as someone from another place wouldn’t expect me to be fluent in their language. But given how pervasive English is around the world, most people in major cities can say something.

One night, I was recommended a nice Ukrainian restaurant by my hostel owner in Kiev, and I asked the guy if they spoke English there. His response? “You’re in Ukraine, man. No one speaks English here.”

But you know what? The lack of English didn’t turn me off Ukraine.

In fact, faced with an incomprehensible script (Cyrillic) and no one around to speak English with, I was actually excited by Ukraine. While it was nearly impossible to get around and ask for help, I looked at it as a challenge.

I spent 20 minutes staring at a train schedule to figure out which train was mine. I got creative when trying to speak to people, using as many hand signs and drawings as possible. I pointed a lot at things I wanted. I had to pantomime “choo-choo” to get to a train station, write numbers down for prices, and overall, just be very confused. 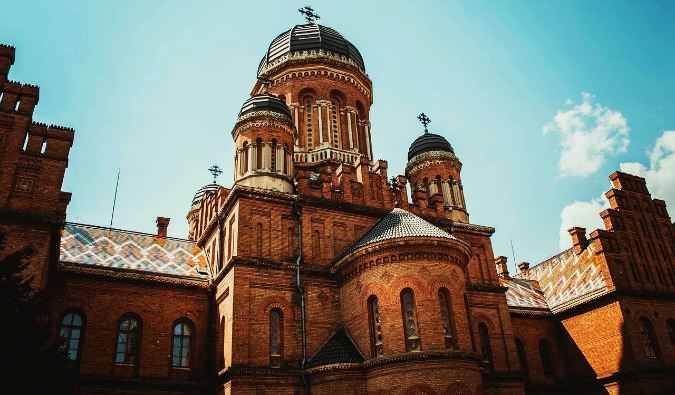 I loved the challenge. Though I was only there for a week, I think that’s why I loved Ukraine so much. It was a challenge to travel around. It was an adventure. And for me, the bigger the adventure and the greater the challenge, the more I feel like I’m traveling, discovering, and learning about the world.

But Ukraine had a lot more to offer than just a language barrier. I only saw Lviv and Kiev, but they were very interesting cities (I liked Lviv more because of its old historical center). There was this mix of modernity, old Soviet architecture, and beautiful parks. If I can say anything about the communists, it’s that they really love to make parks.

Little babushka grandmothers walked next to girls wearing Prada. The Russian Orthodox churches littering the country, with their gold plating and cone tops, were both opulent and symbolic of a deep sense of faith. And I really loved Ukrainian food. I was surprised at how flavorful it was. I was expecting a hearty, bland cuisine of meat and potatoes.

But the borscht, the potato dumplings, the blintzes, the meat — it was all delicious. The sour cream they put in it adds a wonderful texture to the soup. (For cheap and good Ukrainian food, eat at Puzata Khata, with locations all around the country.) 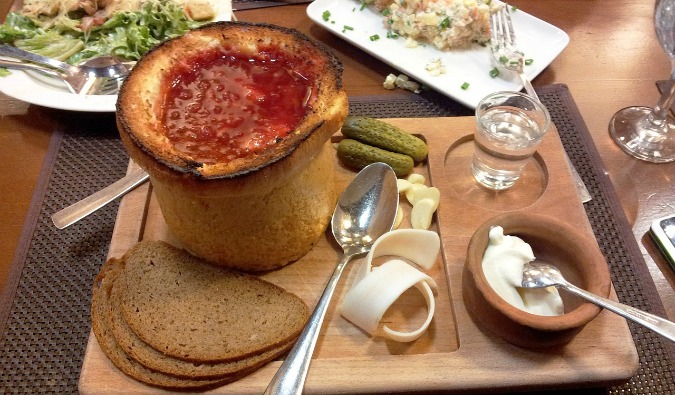 While I was in Kiev, I also met up with a bunch of Couchsurfers who took me to a Ukrainian university party.

Other than my Couchsurfer guide and one of her friends, no one there spoke enough English to converse with. There was a lot of translating involved.

And a lot of vodka toasts.

The Ukrainians love their vodka. I think to avoid awkward silences caused by the language barrier, we just toasted to things. We toasted too much actually, and when I begin to slow down, they laughed and tried to feed me more vodka. I can’t hold my vodka as well as a Ukrainian. 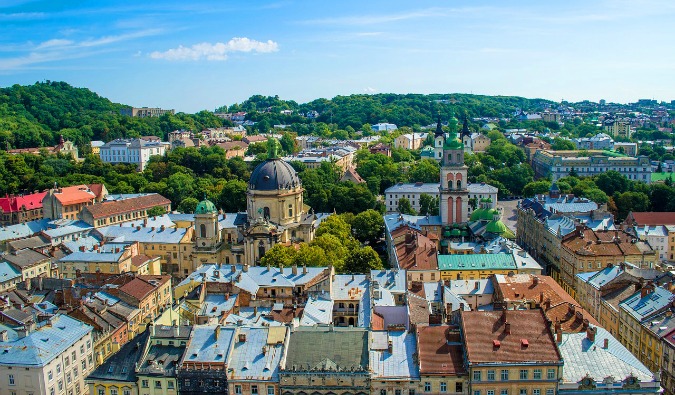 I never Ukraine expected would be so thrilling. I’ve barely scratched the surface of this huge country, giving me plenty of new things to do when I get back there. A week wasn’t even close to being enough.

But given the language barrier, I think I might need to learn some Ukrainian first.

Book Your Trip to Ukraine: Logistical Tips and Tricks

Looking for more information on visiting Ukraine?
Be sure to visit our robust destination guide to Ukraine for even more planning tips!