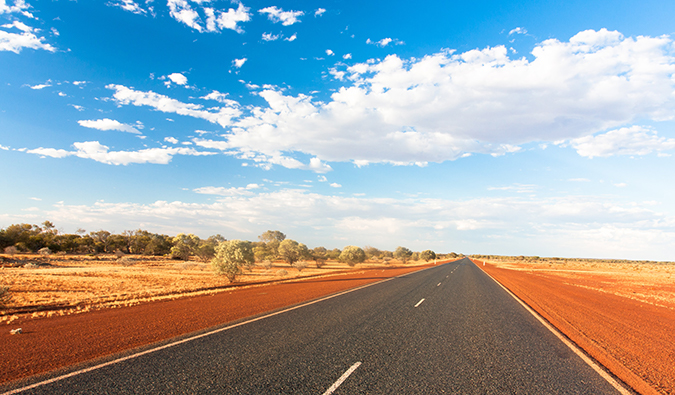 Years ago, on my first visit to Australia, I took a backpacker bus from Perth to Broome. Backpacker buses in Australia are designed to take backpackers around the country in hop on/hop off style. Basically, you get on the bus when you want, off the bus when you want, and then on the next bus coming through when you move on. It’s a good and inexpensive way to see the country and meet travelers.

And, sometimes, they lead to very interesting experiences.

During our trip’s first stop, on the outskirts of Perth, the bus wouldn’t start. Wes, our bus driver, looked under the hood. He was a really Aussie bloke. A hard, outback guy who reminded me of Crocodile Dundee. If you ever got trapped in the outback, you knew he’d know what to do. After looking under the hood, he came back up, wiped some grease from his hands, and said to us, “OK, I think we’re ready to go.”

Our small group – there were only 10 on this leg of the trip – loaded back in the bus and waited.

Wes got in but, when he put the key back in the ignition, the bus still didn’t start.

“Hmm…” he said out loud before going back under the hood.

“Ok, something’s up with the battery. I’ll get it fixed in the next town. For now, we are going to have to push.”

The café we had stopped was on a hill, which made pushing the bus easy. Everyone got behind, pushed, and the bus roared back to life as it went down the hill. We got back in with a palpable sense of unease among us as Wes announced he wasn’t going to turn the bus off for fear of this happening again.

It was a well-founded fear because soon we were halfway to Geraldton, a major refueling stop on the way north, when we stopped at the Pinnacles. These are limestone structures that jut from the flat desert for miles upon miles. Wes had accidentally turned off the bus out of habit and it again wouldn’t start. Out we went again, pushing as hard as we could until we got our bus moving. 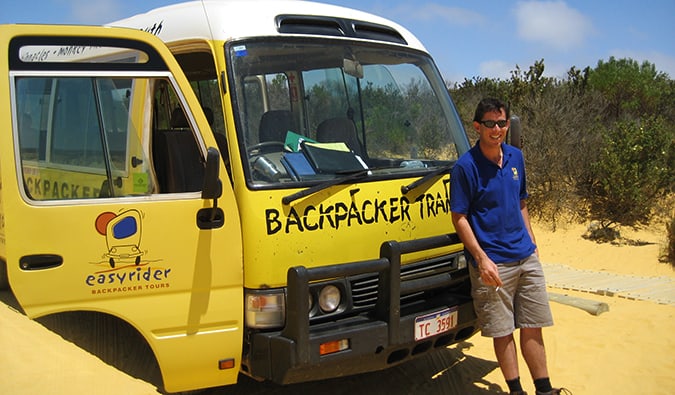 In Geraldton, while we went shopping for food and supplies for our upcoming camping trips (part of the way the trip kept cost down was for us to buy food to cook), Wes took the bus to a mechanic. I wasn’t sure what the problem was, and when he explained it in car lingo, my unmechanical ears simply tuned out. I was just happy the bus was working again. I didn’t want to go back to Perth and start over again. I don’t think anyone did.

Our bus always seemed to be on its last leg, and that leg finally gave out with a large bang.

But, somewhere right outside a small mining community, our bus had had enough. The bus clicked and clacked, made some grinding sounds, and the stick shift bounced up. Smoke and dust filled the front of the bus. We all knew what had happened, though none dared say. The driver pushed the bus for a bit longer but eventually resigned himself to the fact that we weren’t going to reach the next town.

“Holy shit,” we all yelled.

Wes coasted and pulled the bus to the side of the road.

Wes opened the hood. Our fan belt had come loose; hit another part of the engine, which spliced itself into the engine. But what I understood was that our bus was completely fucked.

The problem with breaking down in the outback is that there aren’t many people around. And, if you break down too far from the last town, you’ll without cellphone reception and stuck there for hours.

“Right,” said Wes, “Since we don’t have any phone service, all we can do is sit and wait here until someone drives past us. When someone sees us, they’ll stop. Out here, no one leaves stranded as a matter of life and death. We’ll be fine once someone comes by. The problem is that there’s just not telling how long that could be.”

We all groaned but there was nothing we could do. It was early afternoon and the sun was blaring down on us. We entertained ourselves by drinking beer, playing trivia games, and playing the occasional game of Frisbee. Hours passed, and the sun moved farther down in the sky. No cars came. 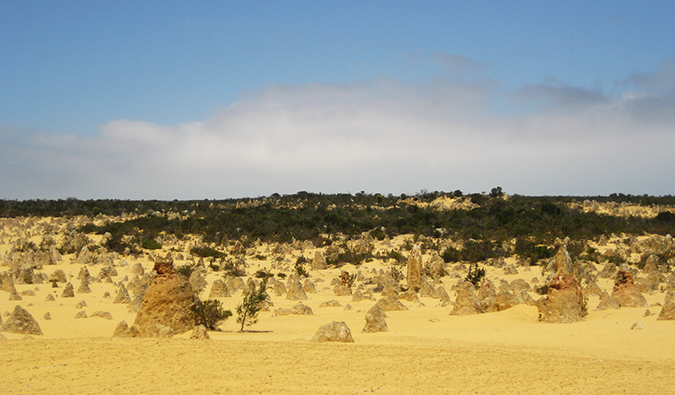 We played more games. The bottom of our beer bottles had trivia questions so at first, we entertained each other with that, then a few card games but as the day wore on we just grew tired and stopped talking altogether. Our excitement level had waned and we were miserable.

“Mates,” Wes said coming back, “I know this not ideal but I’m going with this guy back into town. The car isn’t big enough for all of us. I’m going to go to the mechanic, get us a truck, and come back with a bus. It won’t be more than an hour or so.”

We all eyed each other nervously. “Uhhhhhh,” we jointly said. Visions of the horror movie Wolf Creek suddenly jumped through my head. What if someone else came by, kidnapped us, and then performed sick, twisted experiments on us.

“Can’t we just go with you,” said a French girl on the bus. “I don’t really want to stay here alone.”

“Yeah, we can all cram in,” said her friend.

“There’s not enough room for all of you. You’ll be fine. Trust me. No one is going to kidnap you. I am not going to leave you and you have plenty of water and food. We aren’t too far from town. There’s no other option,” Wes said as he got in the car. “I have to get the tow truck.”

It was going to be a long hour.

True to his word, our driver returned with a tow truck an hour later. Half our problem was solved. The other half was how we were going to continue on with no bus. The earliest we could get our bus back was on Tuesday. Not a big deal if it wasn’t Thursday. I wouldn’t mind spending a night in this sleepy mining town, but not five. 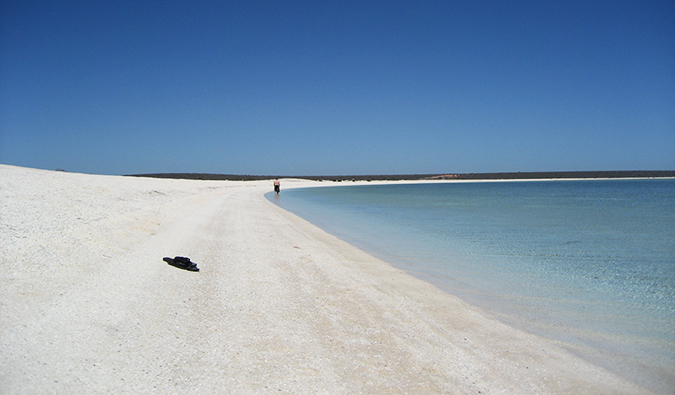 None of the other passengers were keen on the idea either, and after some phone calls, our driver found a four-wheel-drive that we six would have to cram into. A difficult task, as the car was meant for five people—without luggage. It was going to be a squished trip up to Broome, but at least we were on our way now.

And we still managed to save a few beers for the road.

That backpacker bus company has long since gone out of business. I always found it a shame. Though we had some mishaps, they dealt with them pretty well and Wes was incredible. I always wonder what happened to him and other folks on my tour.

We never stayed in touch beyond our trip. However, when we ran into each other in other parts of the country, we’d always share this story. That is what travel mishaps do. They bond you together.

As the saying goes, travel really is glamorous in retrospect.

Book Your Trip to Australia: Logistical Tips and Tricks

Want More Information on Australia?
Be sure to visit our robust destination guide on Australia for even more planning tips!