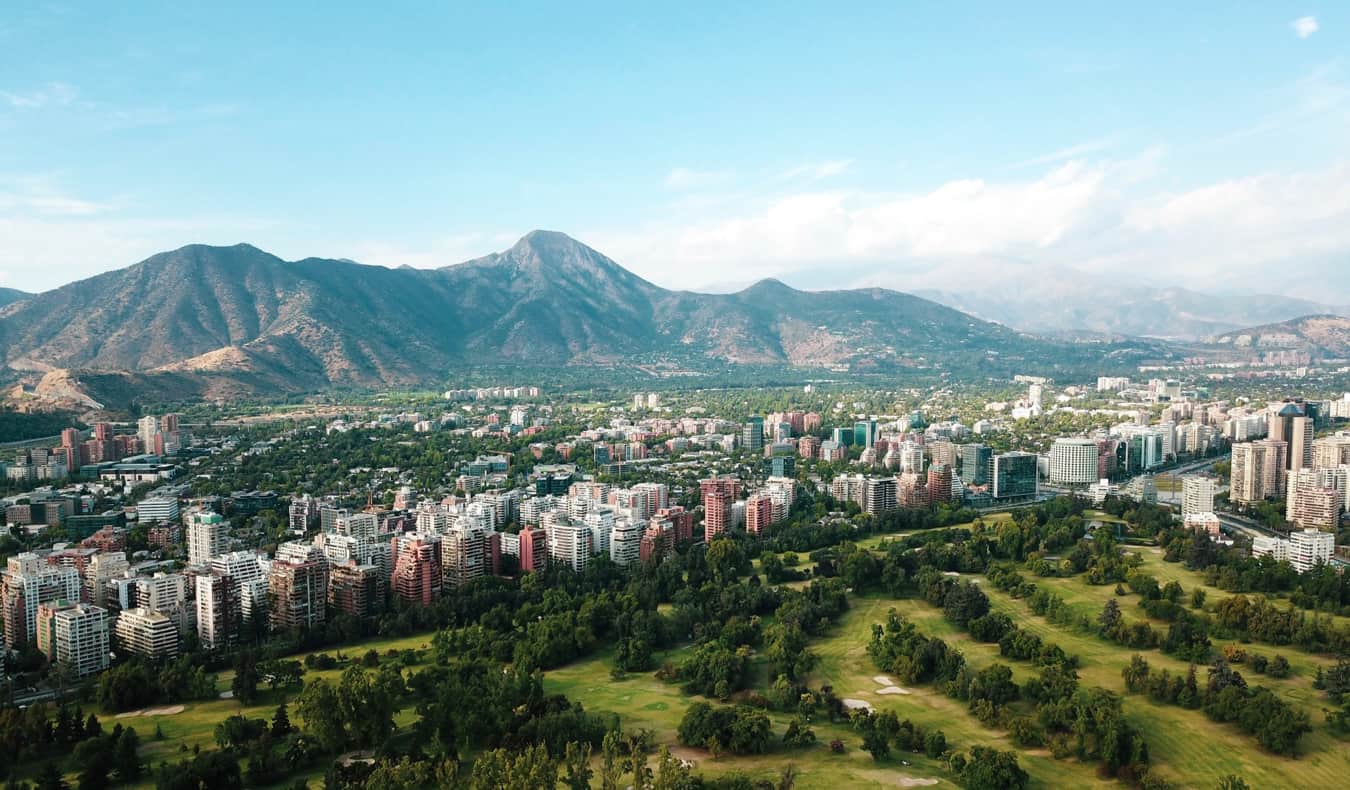 In this guest post, local expat Kyle Hepp shares some of her favorite off-the-beaten-path highlights in Santiago, Chile.

I’m not an ambitious traveler. Let’s get that out of the way before we even start this post. I’m sure plenty of people would try to see more in Santiago in a day, but after living here for seven years, this is simply my idea of an ideal 24 hours in Chile’s capital.

Now, let me start by saying this: there are plenty of typically touristy things you could do that aren’t on this itinerary. I figure if you want the obvious stuff, you could find ten million other blog posts written on the subject. I’m not going to go there — you’ve heard it all already. This is my unique take on the city.
%nbsp;

There are several massive parks in Santiago. The beautifully green Quinta Normal is my favorite for several reasons. It’s a lush oasis in the middle of the bustling city, for one. But the Quinta is part of the working-class neighborhood aptly named Quinta Normal. So in general, people who frequent this park live lives that are fairly representative of an average Chilean lifestyle. I love it because it’s a great place to people-watch and get a good feel for an average Santiago family.

Inside the Quinta is a public swimming pool, a football field and several other smaller fields for pick-up games, picnic tables and grills, a jogging or walking track, what used to be a greenhouse but it now just a cool, abandoned glass building, a pond with rowboats you can rent, statues, playgrounds, fountains, and more. I would advise anyone who visits to walk around and just observe.

The Quinta is also home to many of Santiago’s museums. There is a train museum, which is fun if you’re into that sort of thing. There’s the National History Museum, which I think is kind of boring, personally. Then the Science and Technology Museum, the Contemporary Art Museum, and the Children’s Museum are all located there as well.

Depending on your interests, spend the morning visiting some of the museums here.

This restaurant is absolutely my favorite in Santiago.

It’s also in one of Chile’s protected historical buildings. It was built in 1925, so I suppose by European standards it’s not that old — but when you consider how many massive earthquakes it’s had to survive, that makes its lifespan a little more impressive.

The décor inside is a very eclectic mix of antiques. Anything hanging on the wall is for sale, and I’ve heard that you can buy the actual furniture as well. There’s also a working barbershop! Old men in little white coats will give guys an old-fashioned shave.

If all that wasn’t cool enough, it’s home to a bodega that’s still conserved in the style of the early 1900s. You have to ask if you want to see it though; it’s not always open to the public.

As an added bonus, its menus feature maps of the Yungay neighborhood, and you’re welcome to take one with you when you go. In fact, La Peluquería Francesa is the start of the Historical Patrimony Route in the area, and the map points out the highlights. But before doing that, I have other plans for your afternoon.

This is one of Santiago’s newest museums. Opened in 2010, the museum was inaugurated by the President and commemorates the country’s violent history under Pinochet. The building is gorgeous and was designed in a modern style atypical of Chilean architecture. Every design choice was deliberate. For example, the structural beams are exposed on the exterior, representative of how all Chileans were affected by Pinochet’s dictatorship.

Yes, this is a dictatorship museum. But it’s fascinating because this is recent history. There are videos, photos, interactive displays, and more, all in English and in Spanish. You can opt to go with a guided tour with a guide who speaks English or Spanish or purchase an audioguide for 4,000 CLP ($5.25 USD).

When I went I only allotted a half a day for the museum. I’d like to go back because I feel that there was far more to see, but a half a day provides a sobering introduction to the country’s past. There’s so much to see and watch and hear. The museum is fascinating.

Using the map that you took from La Peluquería, head out into Barrio Yungay to explore. By following the map, you’ll find some of the historical churches, schools, plazas, and statues in the area. There is beautiful architecture, and though the neighborhood is a bit rough around the edges, it’s certainly worth a visit if you want to see what typical Santiago used to look like. It’s also a photographer’s dream!

While exploring Barrio Yungay, you’ll end up in parts of Barrio Brasil. Right near Plaza Brasil there are tons of bars and restaurants. It’s a great place for a high-energy night on the town, and it’s not as expensive as some of the more touristy places in Santiago.

By the time all is said and done, you’ll have explored some of the most typical Chilean neighborhoods and parks, learned about the fascinating recent history of this country (Pinochet’s dictatorship ended in ’90, and he remained as head of the military until ’98).

As an added bonus, you’ll have eaten some delicious food. Not a bad way to spend a day in Santiago, if you ask me!

Kyle Hepp is a traveler, photographer, and CrossFit gym owner living Santiago, Chile. You can follow her for more tips on Twitter.

Book Your Trip to Chile: Logistical Tips and Tricks

Looking for more information on visiting Chile?
Be sure to visit out robust destination guide to Chile for even more planning tips!