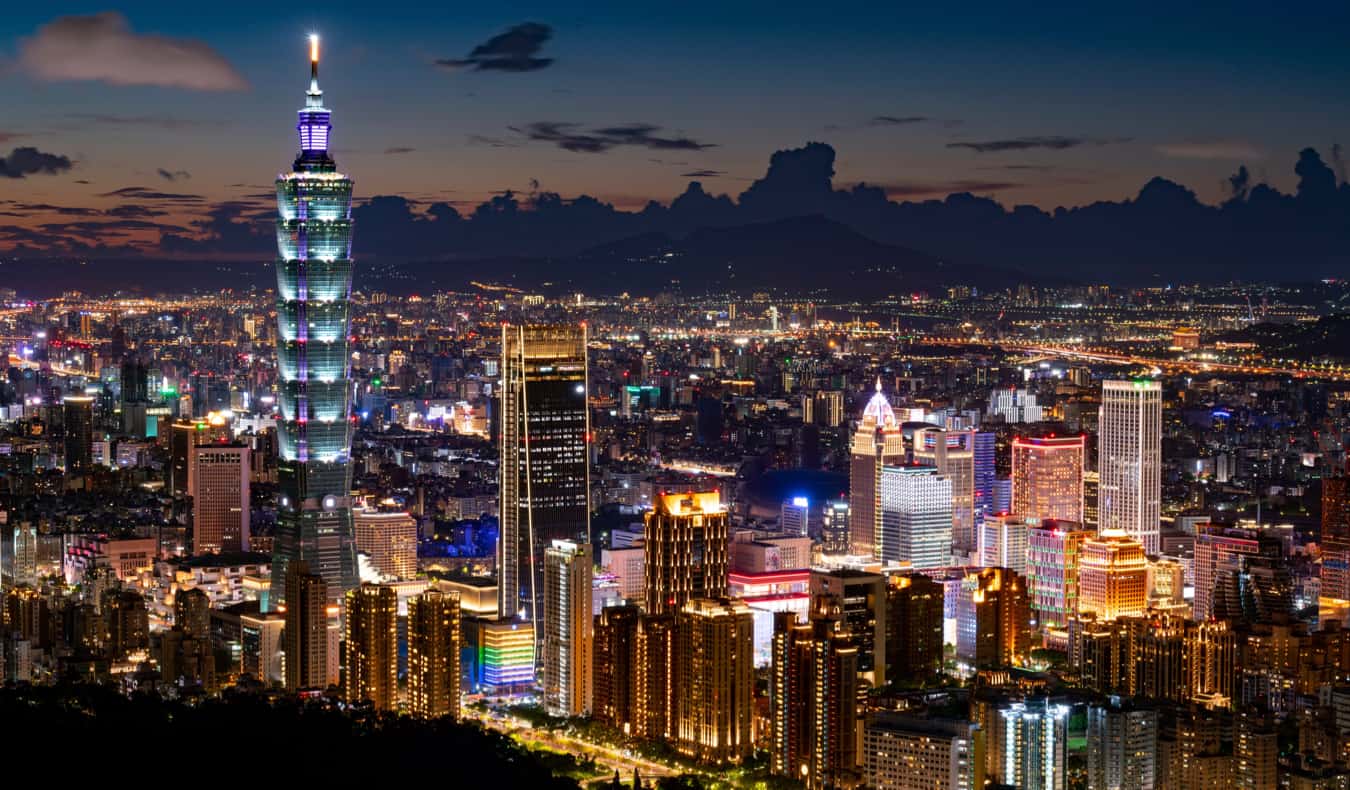 Taipei, the capital of Taiwan and its most populous city, is the epicenter of tourism for the country (though most people just come for a short layover as it’s a major air hub for Asia).

And while there is plenty to do elsewhere in Taiwan, even if you don’t leave Taipei, you can still find lots of things to see and do in the area to fill close to a week!

I love Taipei. I lived here in 2010 while I taught English and built this website. It was a wonderful experience that helped me grow as a person. A decade later, I finally made it back to the city I loved so much and it was remarkable to see that so much of what I loved was still there: the endless gigantic food markets serving some of the best food in the world, a wild nightlife, spacious parks, interesting and quirky museums, and nearby mountains that call to you with easy and accessible hikes.

Taipei (like Taiwan as a whole) is a hugely underrated destination and I can’t urge you enough to visit. It combines culture, nature, wonderful people, and affordability. I don’t understand why more people don’t visit but make their loss, your gain!

To help you plan your trip, here are my top 13 things to do while in Taipei:

One of the first things I do when I arrive in a new destination is to take a free walking tour. They show you the lay of the land and help you see a place’s highlights while learning a little about its history and culture. Plus, you get access to a local who can answer any and all of your questions.

The National Palace Museum has over 70,000 artifacts from Imperial China, most of which were brought to Taiwan during the Chinese Civil War (1929–1947). In addition to the permanent exhibits, there are also rotating exhibits throughout the year as well as a section for children. There are free daily tours in English too. If you can’t get on the tour, get the audio guide. While the descriptions on the artifacts are pretty detailed, the audio tour goes into even more depth and gives you deeper insight into what you are seeing and the time period it is from.

3. Soak in the Hot Springs

The Beitou Hot Springs area is a popular destination since it’s on the MRT (metro system) and only 30 minutes from downtown. There are lots of resorts, spas, and inns in the area where you can enjoy a dip in a hot spring. Be sure to also visit the Hot Springs Museum (housed in an old bathhouse from 1913), the Xinbeitou Historic Station (a heritage train station from 1916), and Thermal Valley (a sulfurous lake nearby that has walking trails).

Admission to most hot springs starts around 40 NT$ ($1.33 USD) per person, making it a very affordable getaway for anyone looking for some R&R. 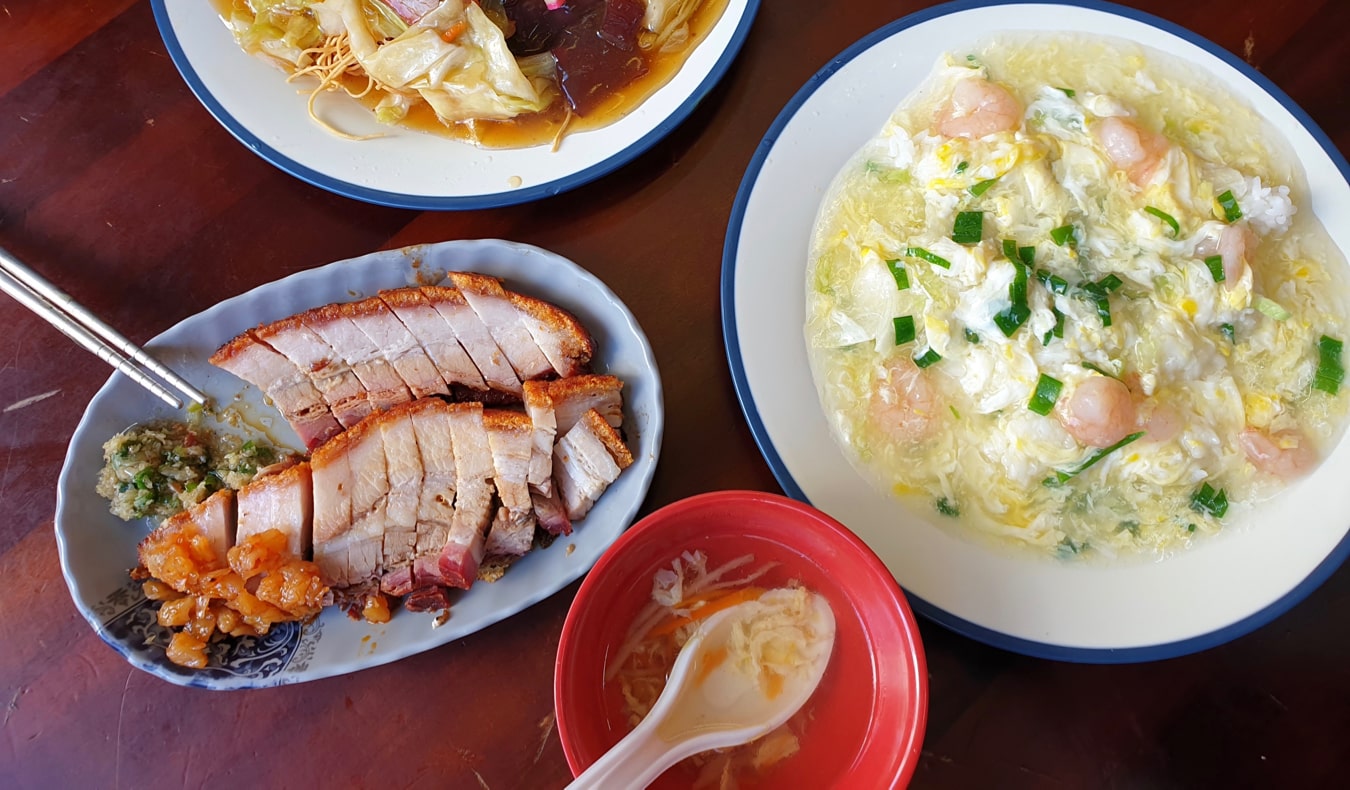 Taiwan is a foodie’s dream! You got noodle soups, incredible rice dishes, amazing buns, dumplings, scallion pancakes, and so much more. The food in the country is world-class. While cooking classes here are a little pricey, they do take you through the local markets and teach you about local ingredients and how to make some traditional dishes. I always found Taiwanese food intimidating so it was nice to have someone help me understand the local food. It made me more adventurous in the night markets.

Some cooking classes worth checking out are:

Taipei has a lot of museums. Given its size, I was surprised by how many actually they had, especially since the city isn’t known as being a center for museums. Here are some of my favorites: 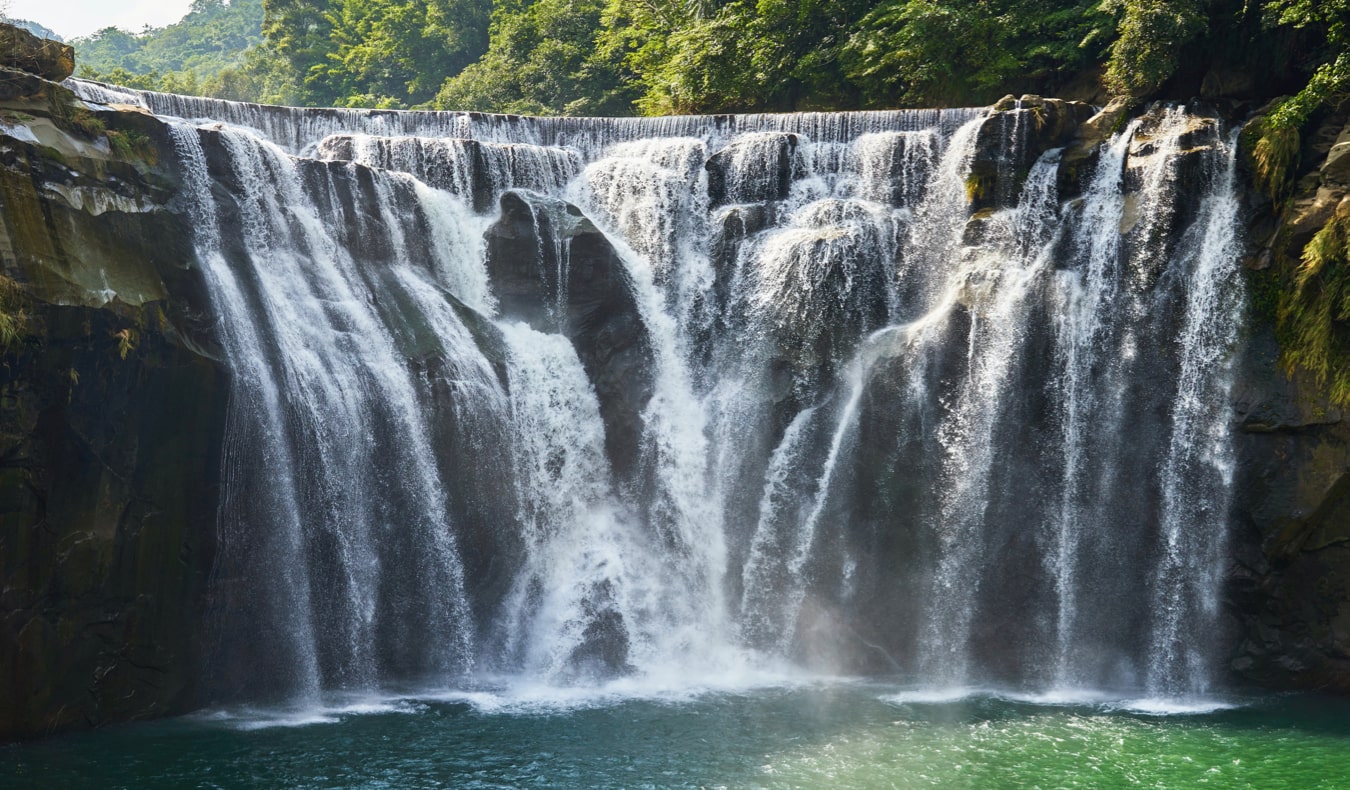 Taipei has plenty of hiking trails just outside town that are easily accessible. There are easy, moderate, and challenging trails, as well as both short and full-day hikes. Here are a few worth checking out:

7. Take a Day Trip to Jiufen 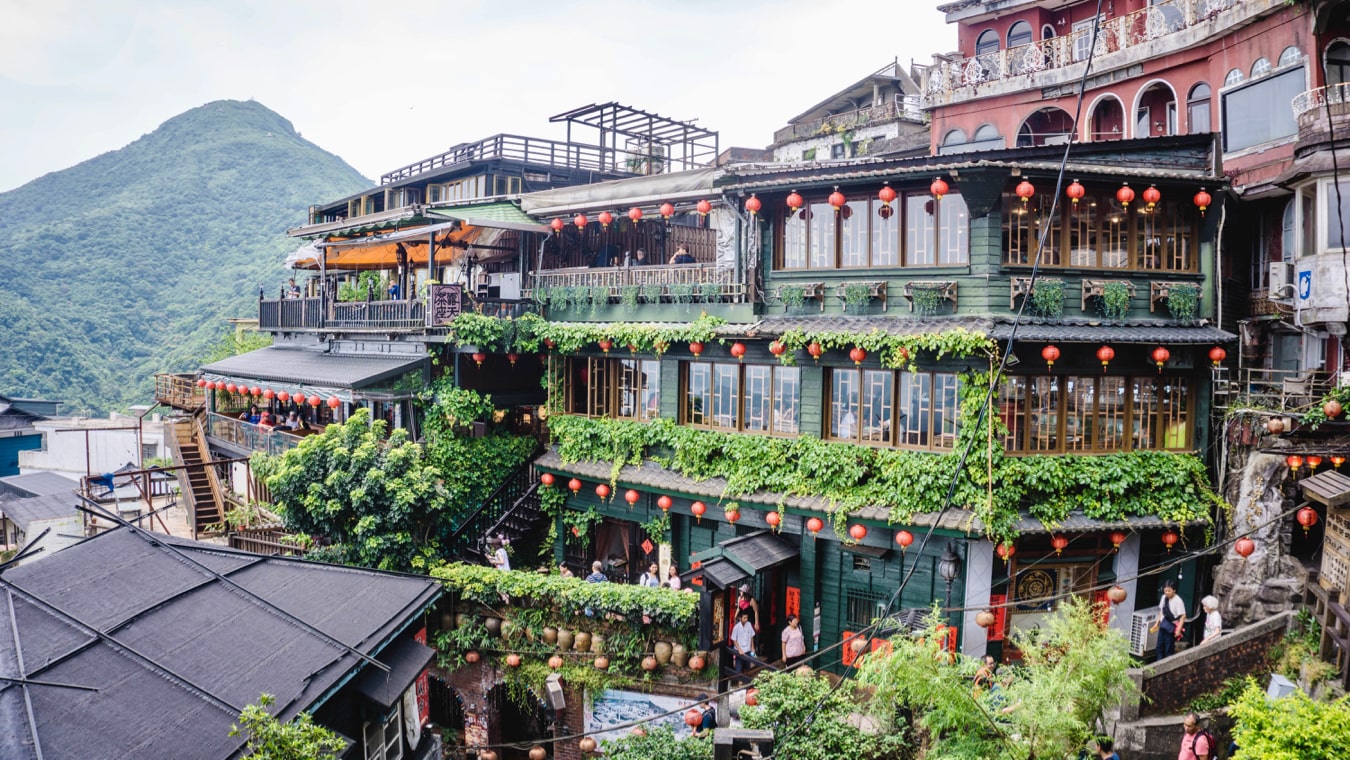 Jiufen is one of Taiwan’s most popular tourist destinations. First, because it’s incorrectly believed to be the origin of the film Spirited Away, so people come for that. Second, it’s famous for being a historic gold-mining town with it’s preserved old streets. And, third, it’s famous for its traditional teahouses.

Jiufen is tiny. You can walk around in about 30 minutes. The center of the city and its historic streets and buildings are all preserved as they looked 100 years ago so walking around here is a cool experience. Be sure to come early (like first thing in the morning) to beat the crowds because, by midday, the streets are wall-to-wall people. If you stay the night, you’ll also get the city to yourself once the crowds leave around 4pm.

As a tea lover, this is one of my favorite places in Taiwan because it’s home to some beautiful teahouses in the most stunning settings. It also overlooks a bay in the distance, and there are lots of lookouts.

Some teahouses not to miss are:

Additionally, there are a few museums highlighting the town’s gold mining past, lots of parks and lookouts, and some nearby hiking trails. (If you want to hike, spend the night as you’ll need the extra time.) Like It Formosa does a free walking tour here too (for this one, you need to sign up in advance because they only do it when people register).

The trip will take around 1-1.5 hours by train and bus. Take the train from Songshan Station (in Taipei) to Ruifang Station. From there you can take a bus straight to Jiufen. Expect to spend around 100 NT$ ($3.33 USD) for your round-trip ticket. There are also tourist buses with organized day trips; these usually cost around 475 NT$ ($16 USD). 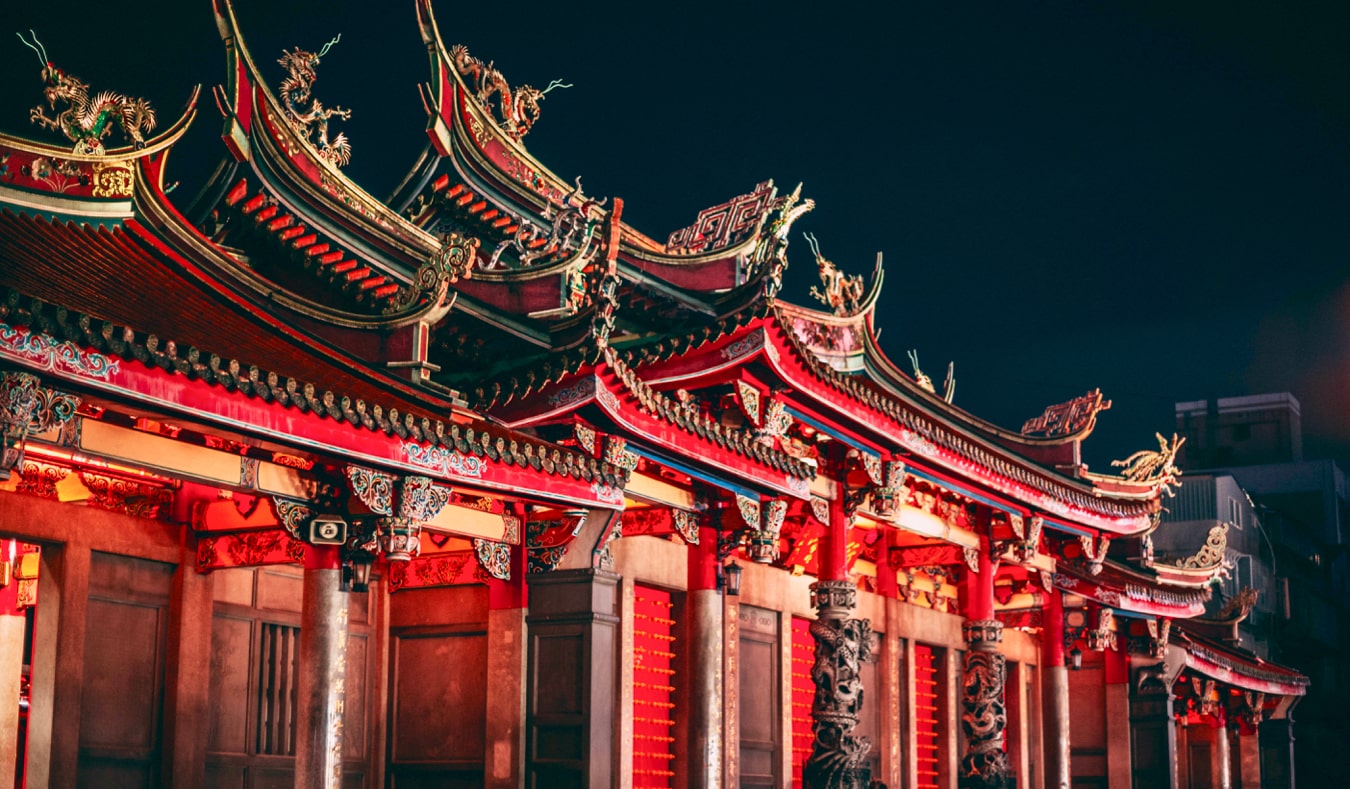 Taipei brilliantly mixes the old and the new. Almost 90% of Taiwan identifies as either Buddhist or Taoist, and that is reflected in Taipei’s temples. Here are some of the most popular and ornate temples: 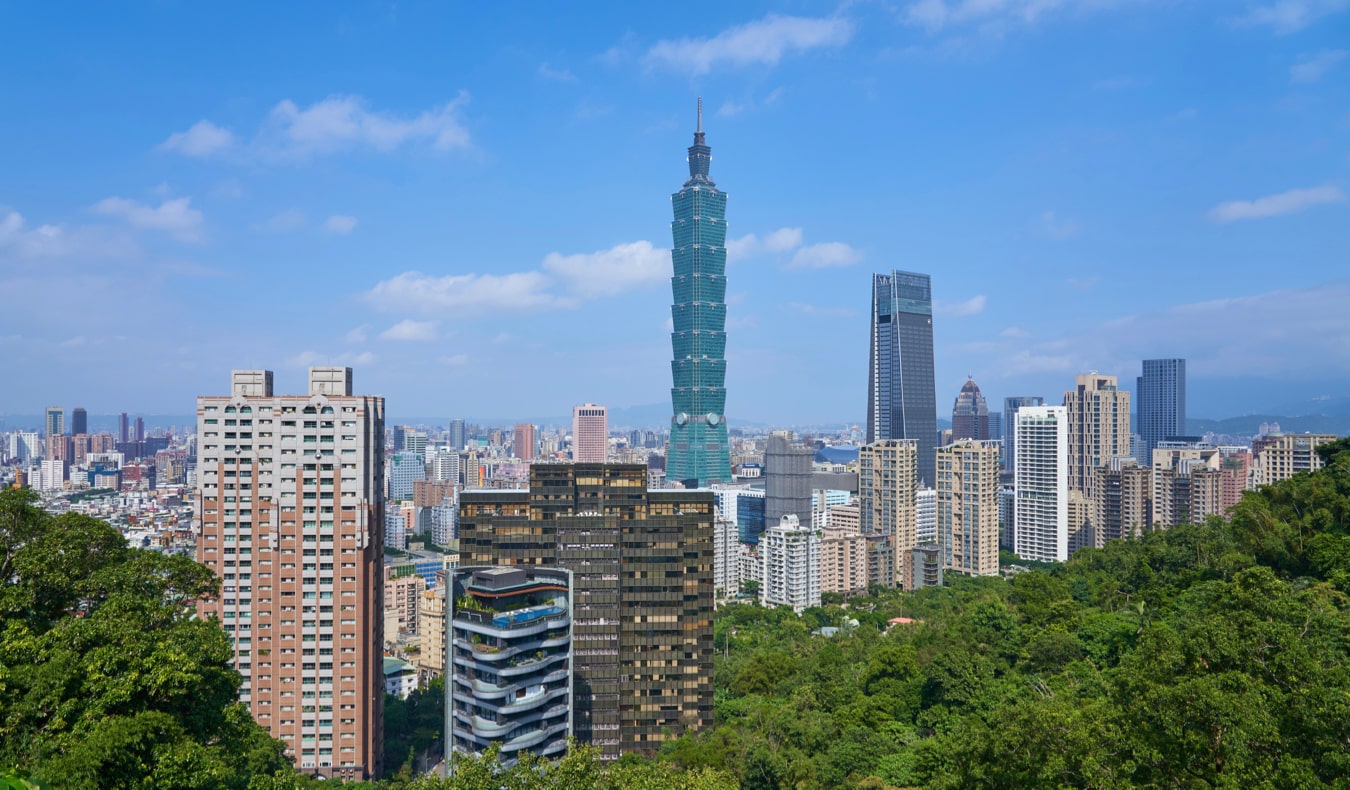 Even though I hate heights, you can’t visit Taipei without seeing it from the top of this building. There is an observation platform on the 89th floor that is absolutely breathtaking. You can also go up to the 91st floor and step outside if you want to really get your blood pumping (don’t worry, there are bars so you can’t fall).

Additionally, go to Morton’s Steakhouse for happy hour. Not only do they have super cheap drink specials but their patio provides some extraordinary views of Taipei 101 itself. 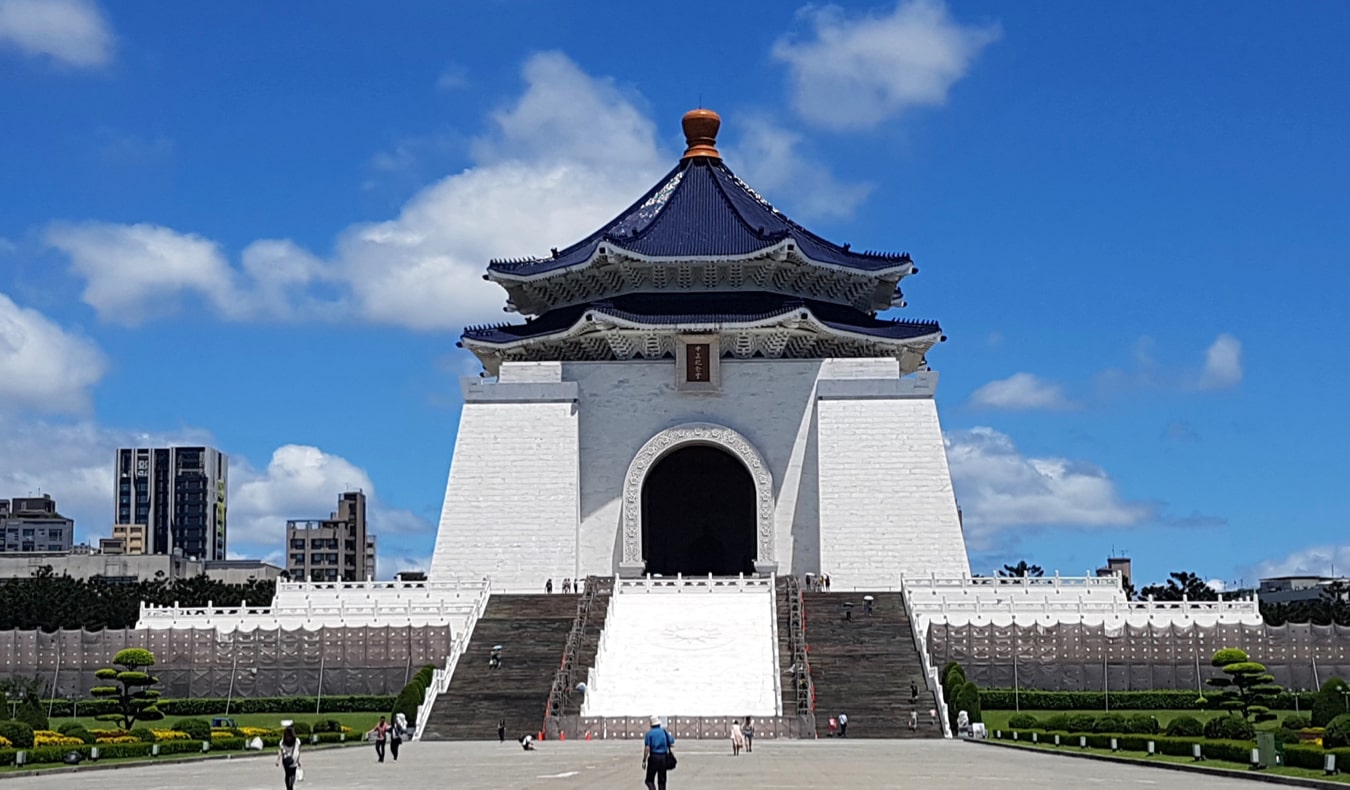 Officially known as Liberty Square, this national monument was built in 1976 in honor of Chiang Kai-shek, former president of the Republic of China. He ruled mainland China from 1928 to 1949, and then in Taiwan from 1949 until his death in 1975.

In addition to his monument, which is over 75m (250 feet) tall, there is also a massive open square where rallies and protests have been held over the years (hence its renaming as Liberty Square). The memorial also houses a library and a museum that documents Chiang Kai-shek’s life and career. It also has exhibits on Taiwan’s history and how the country evolved throughout the years. 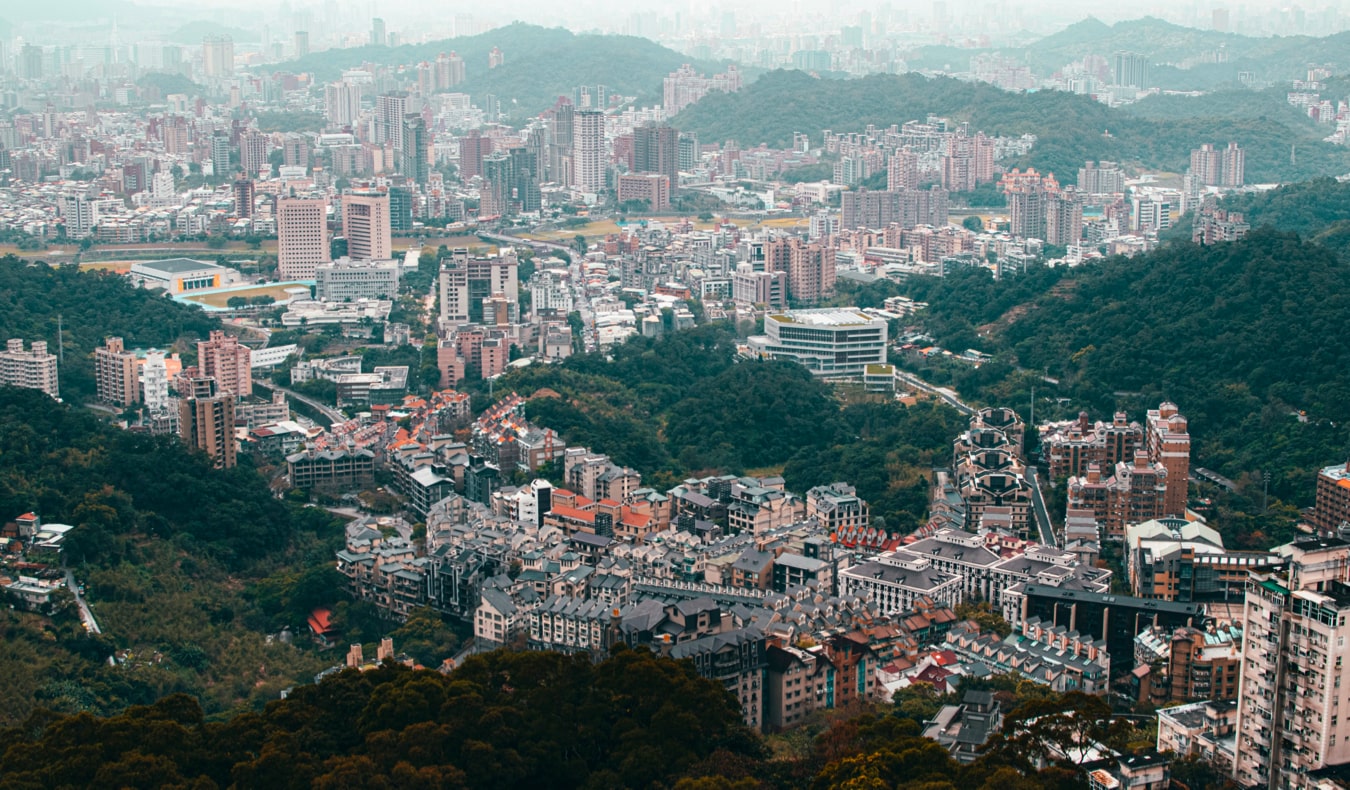 Take a ride on the Maokong Gondola, which was built in 2007, and get some great views of the city and surrounding forests. The route stretches over 4km (2.5 miles) and includes several stations between the Taipei Zoo and Maokong.

Spend some time exploring Maokong as it was once the prime tea-growing area of Taiwan. There are lots of winding footpaths you can wander, teahouses and cafes (the area still produces a lot of tea), and stunning views of Taipei (especially at night when the city is all lit up). It’s a popular spot on the weekend so visit during the week to avoid the crowds. 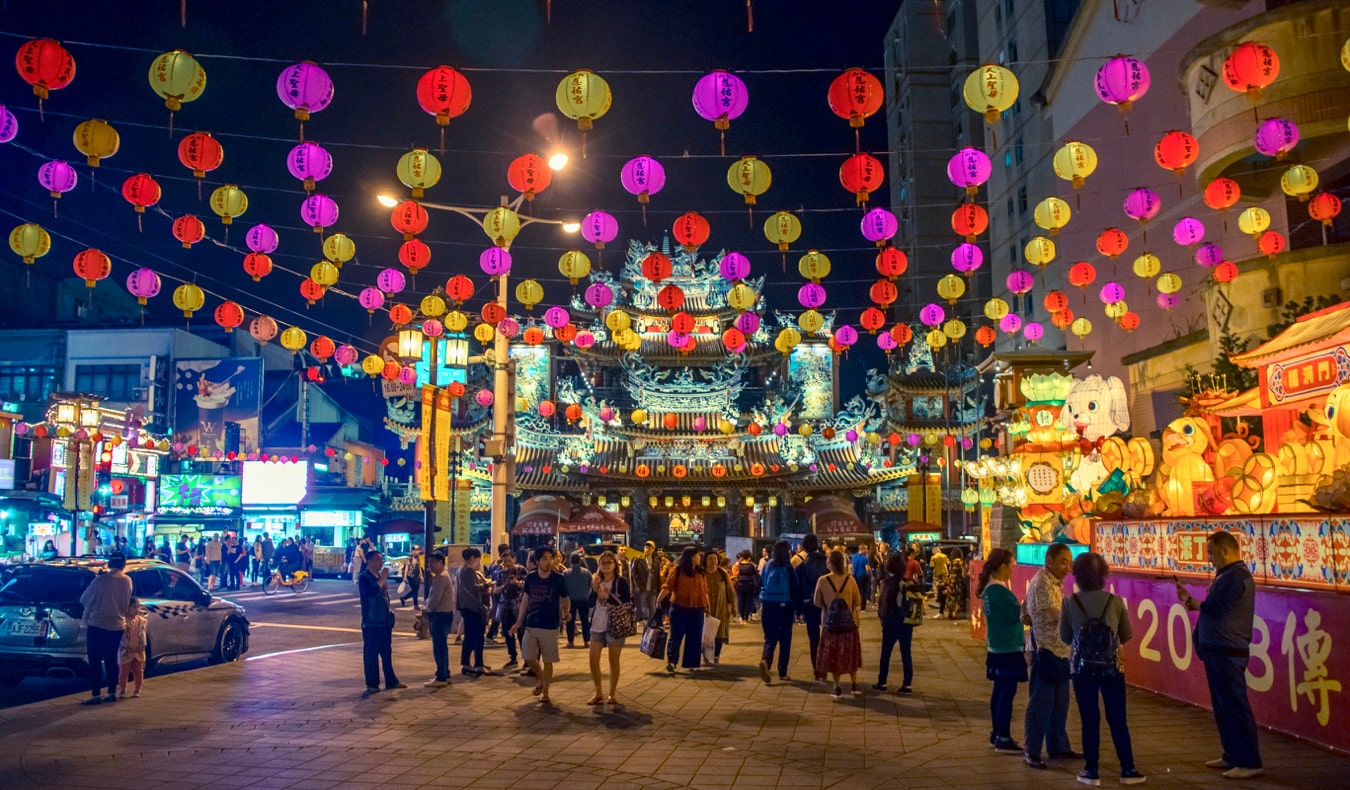 Taipei is home to dozens of night markets — and most of them have tons of delicious food stalls. Here are a few worth checking out: 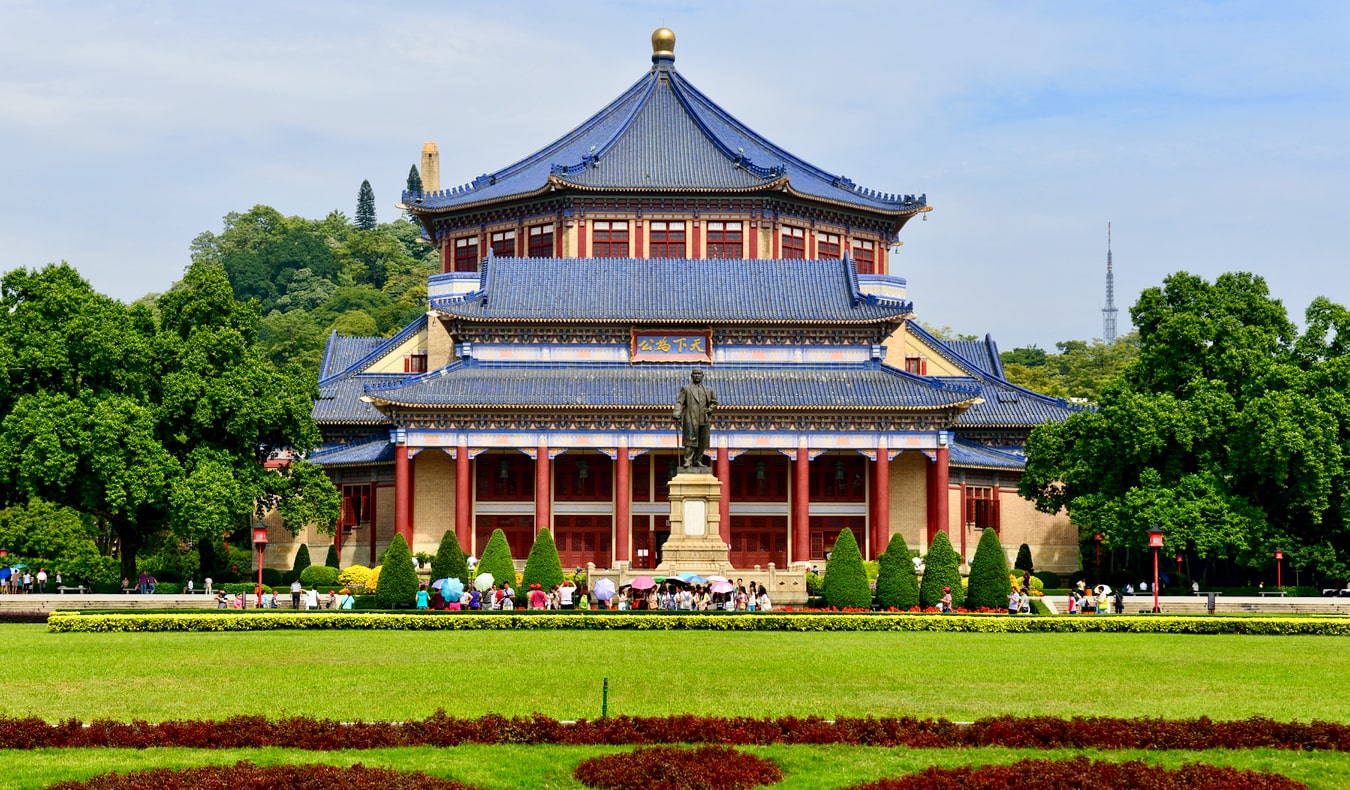 Sun Yat-sen was a politician, physician, and philosopher, as well as the first president of Taiwan. This memorial was built in 1972 to honor Doctor Sun Yat-sen. He’s considered “the Father of the Nation,” and the memorial hall is home to items from his personal and professional life. He’s one of the few figures beloved in both mainland China and Taiwan, as he was instrumental in the overthrow of China’s last imperial dynasty.

In addition to the hall’s museumesque displays of Sun’s possessions, it also serves as a meeting place, educational center, and cultural center.

From the food to museums to natural beauty, Taipei is a world-class city that I don’t think people appreciate enough. It needs to be on people’s radar more. I loved my time living there and coming back to visit just reminded me how marvelous (and affordable) the city is!

Make visiting Taipei a priority. With so much to see and do, you’re guaranteed to have an outstanding visit.

Book Your Trip to Taipei: Logistical Tips and Tricks

Wantt More Information on Taiwan?
be sure to visit our robust destination guide on Taiwan for even more planning tips!