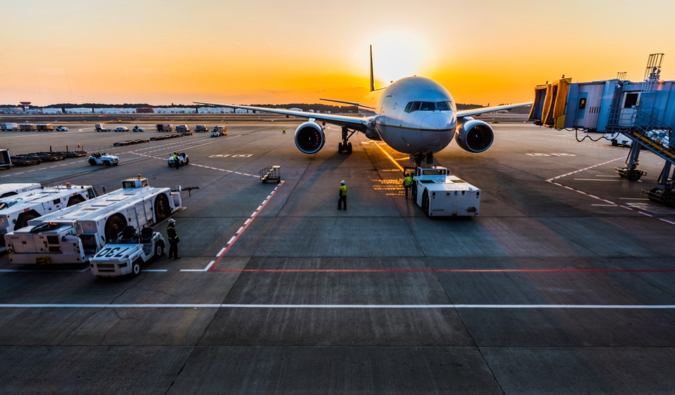 On a breezy fall morning, I was walking home from my university’s humanities department after trying to get out of my Spanish language requirement to no avail. On the way, I ran into one of my roommates. He mentioned he had heard that a small plane had crashed into the World Trade Center.

By the time I got home and turned on the TV, both towers were on fire and it was clear this was much more than a small plane gone off course.

In the days and weeks following September 11th, the world changed. Even to my young self, I could feel in my bones that nothing would ever be the same again. There was a pre-9/11 world and we were now forever in a post-9/11 world.

While the later 2008 financial crisis changed the economy and our views on money, 9/11 seemed to change who we fundamentally were as people. It created a shift in thinking and our sense of self. It changed how we Americans viewed the world. There was a “lost innocence.”

From how we work, travel, view government, money, and conduct our day-to-day lives, everything is going to be different. And the longer the crisis lasts, the more different it will be. I can’t say just how yet (I’m a bad futurist) but, in my gut, I know change is coming.

But let’s talk about something I do know a bit about: the travel industry.

How is this going to change travel?

The travel industry relies on human movement to function. And, with countrywide lockdowns and most major airlines ceasing operations, no one is moving right now.

Overnight, an industry that employs 10% of the world has come to a near-complete stop.

This is worse than a recession. Because, even in a recession, some people still traveling.

Now no one is moving. The industry is in stasis.

And no one knows how long this is going to last.

Hubei province, the site of the outbreak in China, was in lockdown for over two months. Singapore has increased restrictions on foreigners and Hong Kong, reeling from a recent spike in infections, has relocked down the city.

And I think that the slow pace of such measures in many countries means most of the world will be in lockdown until May if not early June. Too many people are behind the curve and it will take longer to keep the virus under control than most people think.

So what does this mean for the industry I’ve spent the last twelve years in?

As a whole, I think we’re looking at a drastically smaller travel industry for the foreseeable future. WTTC states that they expect 75 million job loses (at a rate of up to 1 million jobs lost per day).

And it will take years for the industry – and the jobs – to return to pre-Coronavirus levels.

For starters, I don’t think many magazines and online publications will make it through. The 2008 financial crisis shuttered the doors of a lot of publications and those around today live off advertising, brand deals, and events. Ad rates are plummeting as traffic plummets and most brand deals are on hold for now.

With publications furloughing employees, cutting salaries, and seeing revenue decline, I think you’ll see at least 25% of publications go under. This is an existential crisis for travel publications. I know four that closed last week. More will come. And those that survive will be smaller and be able to hire few writers.

Additionally, a lot of creators, YouTubers, freelance writers, and bloggers rely on brand partnerships for revenue. The freelance writing market is not a land of riches and, with the majority of writers and online content creators living on thin margins and paycheck to paycheck, the prospect of months of zero income is going to drive people out of the industry. I know a few already looking for the exit. I think 30-40% of people might end up leaving if the industry remains frozen until June.

Moreover, I think many hostels, travel start-ups, and small tour operators will go under too. Most small businesses operate with the tiniest of margins and don’t have a lot of liquidity. They keep enough cash on hand to get by without income for just a few weeks. A sustained shock to their business like this, even with government assistance, is going to bankrupt them. They have too much overhead and costs to sustain them. Many will fold and, when you travel again, you will see fewer hostels, food and walking tour companies, and small tour operators.

I expect it to take years for the travel industry to recover. People will slowly start booking travel again but, like the 2008 crisis, it is going to leave many unemployed. When you don’t have a job, travel is not a priority. It is luxury people will put off.

I think as the world opens up a bit around the end of May/early June (provided there’s no second spike in infections), people will begin to start booking travel again for later in the summer. Business travel will pick up first but I think most of the tourism you’ll see initially will be local. People will travel around their region before they start taking big international trips again (I don’t think large scale international travel will happen until late this year).

First, because it’s cheaper. This pandemic is going to cause a huge recession and massive job losses. Since travel is a luxury, big international trips won’t be on the agenda. Second, people will be wary of the risk of another potential outbreak. They will be concerned about picking up the virus as well as being stuck if something happens. Until everyone is 100% sure they are fine, people will be cautious.

And the cruise industry? Well, ships are floating petri dishes and, no matter how good the deals, most people won’t want to get on a ship for the foreseeable future. I believe this will permanently shrink the cruise industry. Images of cruise ships unable to dock in countries will scar our psyche for years to come.

Additionally, I think countries are going to be wary about fully opening up until they know they won’t be importing the virus and there’s some treatment or vaccine. No one wants to open their borders and have a second wave of infections that overloads their healthcare system. I wouldn’t be surprised if you start to see more temperature checks in airports and if countries start asking for proof you are COVID-19 negative.

While you will probably see a lot of travel deals as companies try to cover their costs and stay afloat, I think the whole “hop on the plane and travel” thing is going to be a lot harder until we reach a point where we have a treatment regime and vaccine for this virus.

But, maybe, the silver lining (and I always try to look for one) is that this will lead to more sustainable tourism as countries try to reduce crowds in hopes of keeping the virus in check.

Maybe this is the end of overtourism.

Whatever happens, travel is going to be a very different and smaller industry in the post-Coronavirus world.