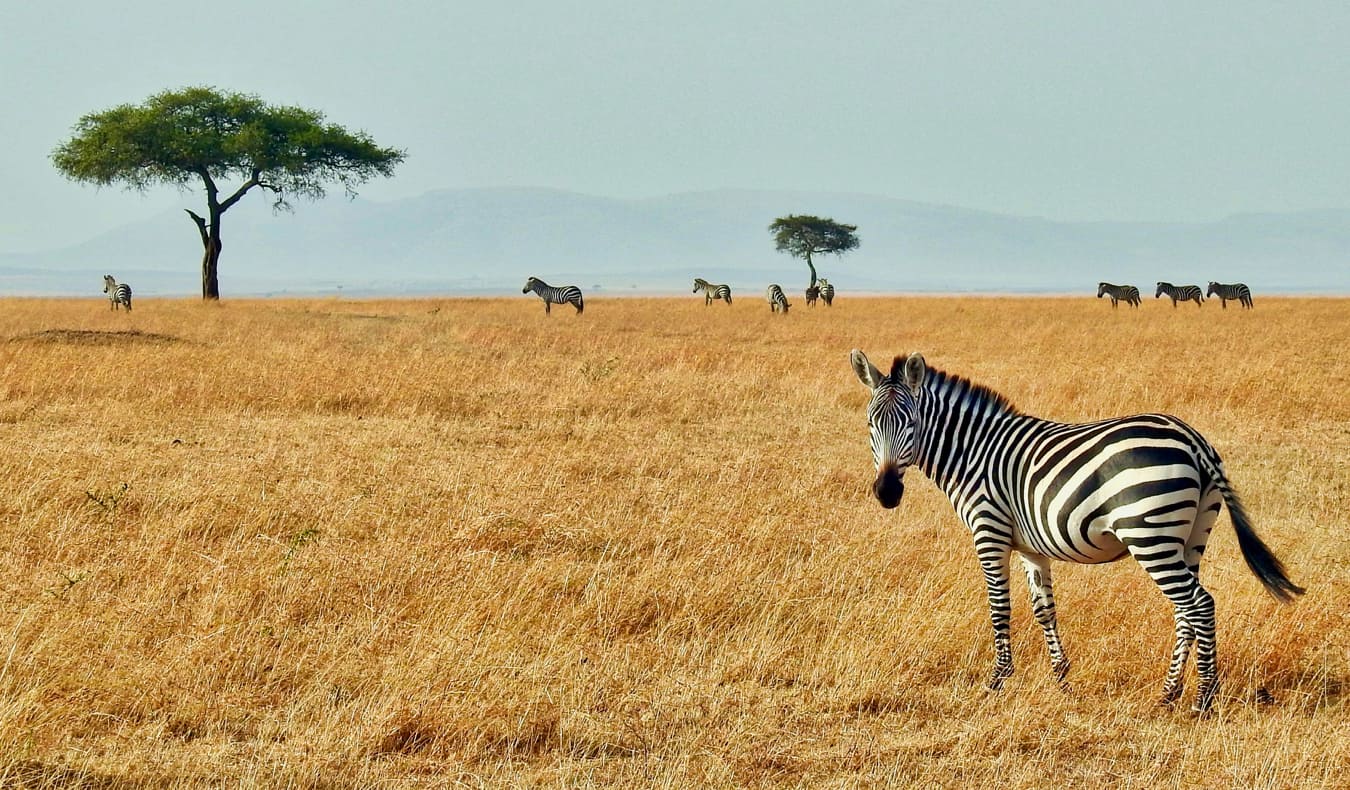 In this guest post, Natasha and Cameron from The World Pursuit, who spent a year driving around the continent, share their favorite films about Africa. (I’ve seen some of them. They are really good!!)

For us, learning about where you are in the world is an essential part of traveling. Instead of reading history books and researching your days away online, we’ve found that a fun way to learn is by watching movies. After a year traveling around Southern and East Africa, we’ve logged hours and hours doing just that.

Many of these travel movies gave us that initial urge to make our way to this less-traveled continent. Scenes of heartbreak, rolling landscapes, and wild animals told us we just had to get to Africa and explore for ourselves.

We want to share our favorite movies set in Africa with you, so maybe you will watch them and feel inspired to travel there as well.

The movies below cover a wide range of topics and genres, but all are based on true events that happened in Africa and give a greater understanding of what traveling there is like. 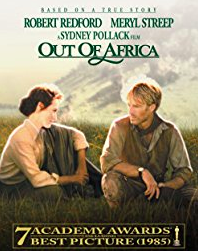 Out of Africa is that movie about Africa that everyone knows and adores. Romance, rolling plains, and lions — what’s not to love? We couldn’t help mentioning it, because, as clichéd as it is, it is one of our favorite movies about Africa. The scenery and landscapes are entrancing, and the breathtaking cinematography convinced us to get ourselves to the continent.

If you want to get a glimpse into colonial times in East Africa, with a bit of romance and drama sprinkled in, then set aside a few hours for this classic. Before the movie came out in 1988, Kenya was a place for the rich and elite to go on safari. After this hit the screen, tourism in Kenya exploded.

2. Gorillas in the Mist 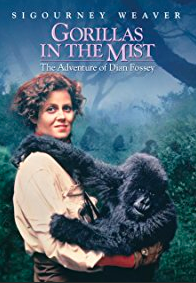 Did you know that there are only 800 mountain gorillas left in the world? Nowadays they are heavily protected in Uganda, Rwanda, and the Democratic Republic of the Congo.

However, just a few decades ago there were no conservation efforts to help these mystical animals. But primatologist Dian Fossey spent 18 years of her life studying the social interactions of mountain gorilla families in the Virunga Mountains of Rwanda; without her efforts, it is a real possibility the animals would have been extinct today. This 1988 drama chronicles her life’s work — both her struggles and achievements — and her mysterious death. The film depicts just how deep a bond between animal and human can grow. 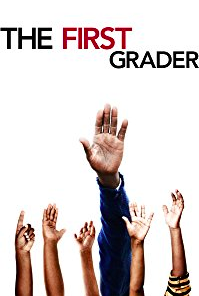 In 2003, Kenya made African history by offering free primary education to its citizens. Unlikely hero Kimani Maruge, who had never received an education during British colonial times, decided to go to school for the first time at the ripe old age of 84.

The First Grader depicts how Maruge persevered and excelled in elementary school, and how determination truly has no age limit, thus putting the importance of education for all, especially in rural Africa, in front of an international audience.

4. The Last King of Scotland 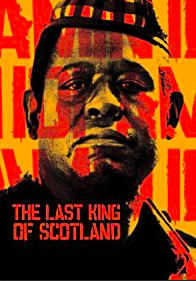 The Last King of Scotland is a must-watch before visiting Uganda. The ruthless Idi Amin became known for human rights abuses, corruption, torture, killing, and ethnic persecution during his brutal regime in the 1970s, causing an estimated 100,000-500,000 deaths, mostly Ugandans.

The film’s name is taken from one of Amin’s self-proclaimed titles, the “King of Scotland.” It portrays Amin’s presidency through the eyes of his fictitious physician and conveys a sense of the political turmoil and hardship that the Ugandan people faced. 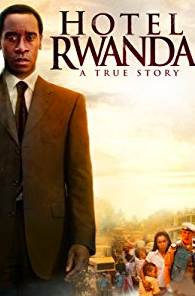 Most people have heard of the 1994 genocide that killed 500,000-1,000,000 Rwandans. During those dark days, Paul Rusembegi, the manager of the prominent Hôtel des Mille Collines in downtown Kigali, took in thousands of refugees, while making it look like the hotel was operating as usual. Although it was a tragic time in Rwanda, the movie at least has happy and uplifting points and showcases how strong the human spirit is.

Of course, it’s not 100% factual, but it is a good jumping-off point for those who want to learn more about the Rwandan genocide. (We decided to visit the hotel when we were road-tripping through Rwanda earlier this year and were surprised to find that it is still one of the most beautiful and affluent hotels in Kigali.) 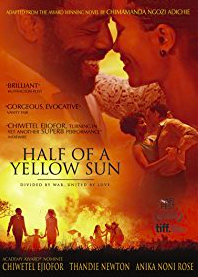 Based on the book of the same name, Half of a Yellow Sun follows two Nigerian sisters as their country’s civil car (also known as the Biafran War) breaks out in the late ’60s.

Minute by minute, we watch as the sisters’ lives are decimated: family members die, others starve, and intellectuals become refugees in their own country. Although we haven’t been to Nigeria, the film and book do a great job of showing the atrocities of war, its effect on African women, the role of Western media and expats, and the results of colonialism. 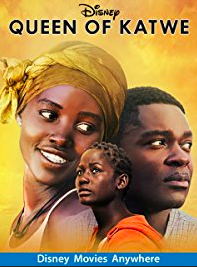 The Queen of Katwe is an inspirational real-life story about one young girl defying all odds. Phiona Mutesi is growing up in the slums of Uganda’s capital when she is introduced to the game of chess. With the help of her teachers and family, she goes on to be one of Uganda’s best female chess champions.

The poverty her family endures and the constant struggles that so many face in Africa make this film a hard one to watch, especially after seeing it in real life. 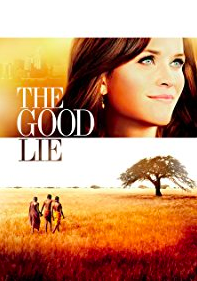 When we were in high school, there were two very tall African boys who looked just a tiny bit older than everyone else. We later learned that they were Sudanese refugees, or some of “The Lost Boys of Sudan,” the name given to over 20,000 boys of the Nuer and Dinka ethnic groups who were orphaned or displaced during the Sudanese civil war.

A US government program allowed about 3,800 of these refugees to resettle in the United States. The Good Lie tells the story of three of these Lost Boys and their sister, whose lives are torn apart by a terrible war, and how they are relocated and integrated into American society. 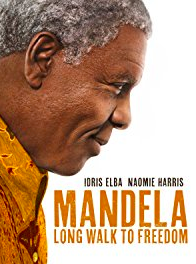 Based on of Mandela’s own autobiography, Long Walk to Freedom lends viewers a deeper understanding of the politics of South Africa. The movie does a great job at showcasing historical events, but still mixes in the drama and action to keep viewers entertained.

During our three months in South Africa, we saw images of the anti-apartheid revolutionary everywhere. From statues and important buildings to street names and street art, you can truly see the impact of Mandela. 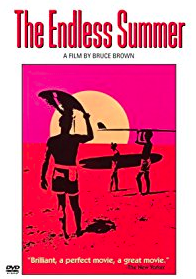 This is not a film you’ll find on many lists about Africa, but it’s one of the most fitting for travelers to the continent. It also happens to be one of the first surf films of all time and led to the birth of a genre. The iconic and classic Endless Summer inspired a generation of surfers and travelers alike.

This documentary by Bruce Brown follows two surfers as they leave the cold Californian coast behind in search of an “endless summer” in the Southern Hemisphere. They end up traveling to the coastlines of Senegal, Ghana, and South Africa, showcasing the excellent surf that can still be found in the Western Cape to this day. As world travelers and wanna-be surfers, that’s why we love it so much.

There are so many great films about Africa that lend a better sense of the continent. Even if you’re not heading that way, give them a watch anyway. They are all entertaining and great works of art.

Natasha and Cameron run the blog The World Pursuit, focusing on adventure and cultural travel. You can also follow their adventures on Facebook.

Book Your Trip to Africa: Logistical Tips and Tricks