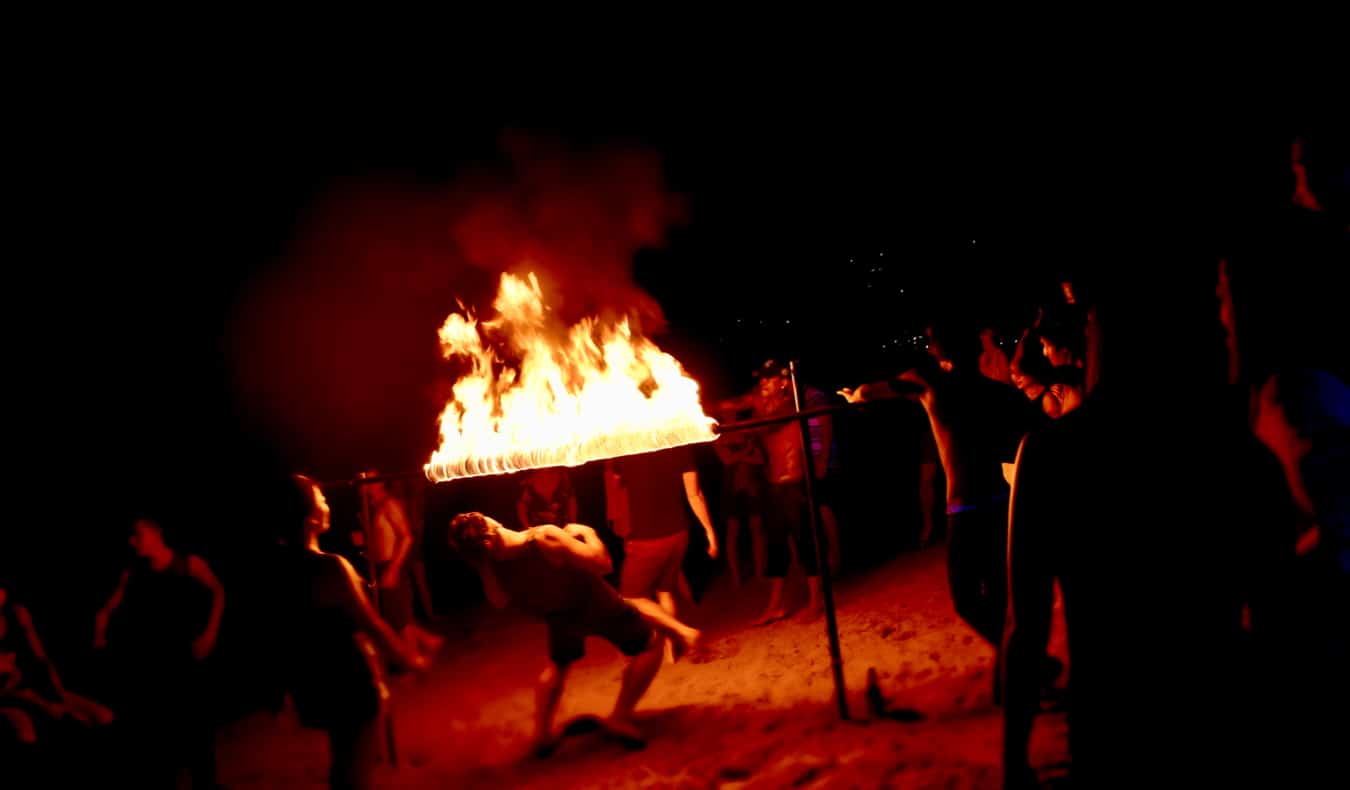 We need to talk. I love you. Truly, I do. I’ve been a backpacker for a long, long time now. I love being one and probably will consider myself one for a long time to come. But while backpacking through Southeast Asia over the last few months, I’ve noticed some disturbing behavior that we really need to talk about.

To be blunt: why do you act so damn stupid sometimes?

I’m asking because I’m a concerned friend. It seems like when many of you fly to Southeast Asia, you check your intelligence at the boarding gate and decide that risking your life in the pursuit of alcohol-fueled, drunken excitement is a smart thing to do.

And that really concerns me.

For starters, let’s talk about Vang Vieng, Laos. Now, I can’t walk down a street in Asia without bumping into a backpacker wearing that damn “I went tubing in Vang Vieng” shirt. And when I see it I wonder, why on earth would you think jumping into a shallow river while drunk is a good idea?

Twenty-two people died this year alone. You could end up like this guy who just died. Or the guy in this video who cracked his head open:

There’s also this guy. And him. And her.

And those are just the examples I found on the first page of Google!

I mean, seriously, if we were back home, and I said, “Hey, man, let’s go get blind drunk and jump into a shallow river. Oh, and if something goes wrong, there’s no real hospital anywhere to get help. It’ll be fun!” how would you react?

You’d look at me like I was crazy. And rightly so.

This is not a good idea. Nothing about it this seems remotely like a good idea. Nothing. There’s nothing wrong with getting drunk on some lazy river or partying at bar near a river. Heck, crack me open a Corona and sign me up for both. But this? Foolish.

There’s also something called “The Death Slide” next to this river. It got the name due to all the people who have died using it, which leads to the question — why are people stupid enough to keep using it?!

People say it’s a tragedy when something terrible happens in Vang Vieng. No. A tragedy is a car accident or a house burning down. What happens in Vang Vieng is sad, but it’s simply Darwinism. I have no sympathy for someone who decides to do this and gets hurt. When you play with fire, you’re going to get burned. And since you’re my friend, I don’t want to see you get burned.

And while we’re on that subject, let’s talk about fire.

I love fire as much as the next person. There’s something primordial about it, but I don’t like putting myself in situations where I’ll get burned. Why do you? Throughout Asia, I see backpackers jumping the “fire rope.” You know, the rope that locals light on fire with gasoline and have you skip across like we’re in the 5th grade and playing double Dutch.

Here’s a tame version of what happens to some people:

You may be the world’s best jump roper, but the drunk guy who decides to join you might not be. While you’re skipping rope, a bunch of drunks decide to join you and pretty soon, you’re on the ground scrambling away from the fire in hopes of not getting your face burned. I recently watched a guy get the rope wrapped around his arm. All the skin burned off, and he was rushed to the hospital. I’ve seen people fall on the rope and burn their face, hair, and clothes. I’ve watched people trip on the rope and land in the gasoline.

A second-degree burn is not the memory you want to keep from Southeast Asia.

Finally, let’s discuss your ability to drive a motorbike — or lack thereof. Everywhere I go I see people with injuries: bandaged legs, huge exhaust pipe burns on their calves, and broken limbs. When I ask what happened, it’s usually the same answer. “I got into a motorbike accident.”

Back home, you wouldn’t drive without a license, so again, why do it here? Sure, the bikes have small 150 cc engines and are pretty slow. On a nice and easy road, you’d have no problems.

But driving in Asia is not like driving back home. Here, drivers overtake people on tiny one-lane roads, they don’t look, they stop short, and they speed like they’re in Nascar. The roads aren’t in good condition, either. They’re often windy, steep, take sharp turns, and are filled with potholes. Plus, besides the crazy traffic in Asia, you have to deal with all the other backpackers who decide it’s a good idea to rent a bike they have no idea how to ride.

I’ve seen too many crashes and near-misses here in Asia.

Sometimes I wonder, who the heck are you traveling with who lets you do these crazy things!?

Sure, I’ve done a number of stupid things while traveling. Things I’m not going mention because my parents read this website, but I’ve never done anything stupid enough that it would jeopardize my life or health.

I love a good adventure, but I also like to be alive. These aren’t things you would do back home, so don’t do them overseas. Sure, it may seem like a good idea at the time. Most everything does when you’re drunk. But when you end up like all those people in Laos, or get second-degree burns, or scars from a bike accident, it suddenly isn’t such a good idea, is it?

But can we cut the stupid shit? It’s incredibly dangerous and makes all of us seem like drunken idiots.

Book Your Trip to Southeast Asia: Logistical Tips and Tricks