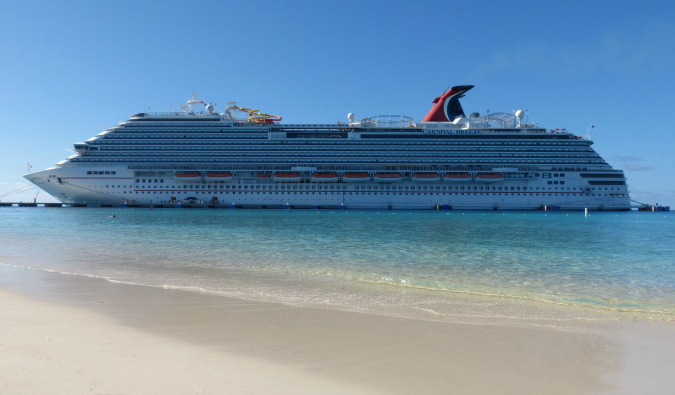 So what does this nomadic backpacker think of the cruise he went on? IT WAS AWESOME. It was so enjoyable that when it came time to head home, I didn’t want to leave. I missed it. I was surprised, because before I left, I didn’t really have high expectations for my cruise. After all, a cruise ship is simply a floating resort. How great could all that sitting around and relaxing really be? Wouldn’t it get boring?

I think cruises make for great vacations; everything is taken care of for you, and you just need to show up for dinner. And that’s exactly what my cruise experience was like. It was filled with buffets, cheesy entertainment, lots of drinking, and large amounts of time at the pool. A cruise was pretty much everything I thought it would be.

But who would have known that could be so much fun! Not only did I find the whole experience fascinating and a great opportunity to people-watch, but I actually liked being on the ship itself.

I wanted to stay longer. 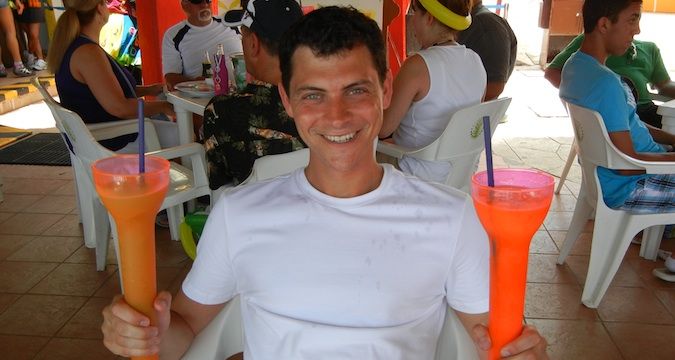 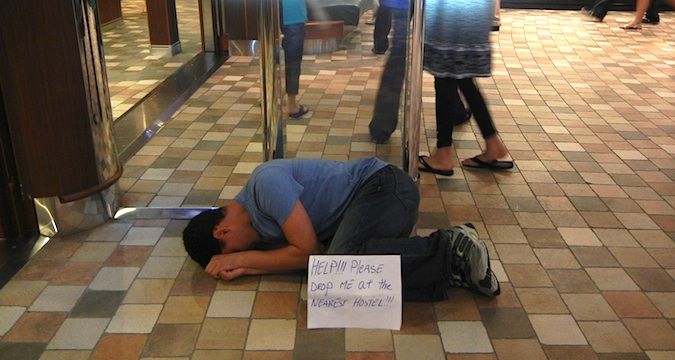 I did — and I even enjoyed myself. While it wasn’t perfect (nothing ever is), the cruise wasn’t the dreadful experience I thought it had the chance to be. I’m a cruise convert now and will go on one again soon.

Because sometimes it’s good to withdraw yourself from your normal routine. Sometimes you just want to sit around with a frozen drink in your hand and get a tan.

And it turns out a cruise is the perfect place for that.

Note: Royal Caribbean covered the cost of my cruise.

Book Your Flight
Find a cheap flight by using Skyscanner or Momondo. They are my two favorite search engines. Start with Momondo.

Don’t Forget Travel Insurance
Travel insurance will protect you against illness, injury, theft, and cancellations. I never ever go on a trip without it. I’ve been using World Nomads for ten years. You should too.

Need Some Gear?
Check out our resource page for the best companies to use!