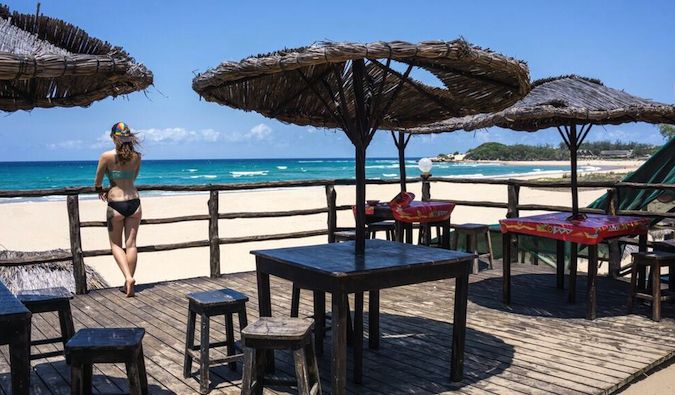 Every month, Kristin Addis from Be My Travel Muse writes a guest column featuring tips and advice on solo female travel. It’s an important topic I can’t adequately cover, so I brought in an expert to share her advice for other solo female travelers! Here she is with another amazing article!

I sat with my new friends on Thanksgiving night in Tofo, Mozambique. Our food was slow to arrive, so we decided to pay homage to the nature of holiday and talk about what we were thankful for.

In that moment, I couldn’t believe that I was surrounded by so many amazing people who had arrived here from various corners of the earth, all in the same way I had: by word of mouth. There were two blonde Californian girls here thanks to the Peace Corps, a clever Aussie who had just finished some of his PhD studies in a town in the north, another American who had arrived on a whim and brought all the laughs with him, and a few others from North America and Switzerland.

We were as happy and relaxed as could be. Each person’s giving of thanks was more beautiful and profound than the last, some even bringing tears to my eyes.

Just a few weeks before, I had been petrified of traveling through Mozambique. There were a lot of question marks, and I could find few answers online. I knew just a bit about the country from what my friends from South Africa told me.

Mozambique is a former Portuguese colony rebounding from a civil war that ended in 1992. It’s coastal, bordering South Africa’s east coast. It’s absolutely gorgeous, with seafood fresh out of the ocean for a few dollars, and long stretches of beaches with endless sand bars and baby-blue water.

But I also knew that Mozambique isn’t an easy country to travel through.

The police officials are corrupt, the buses used by the locals (known as chapas) are generally just vans with bald tires that can accommodate 20 people but squeeze in 40, and scams are plentiful.

There’s a bit of tourist infrastructure in a few key places, but beyond that, it’s full of bad roads and mysteries. 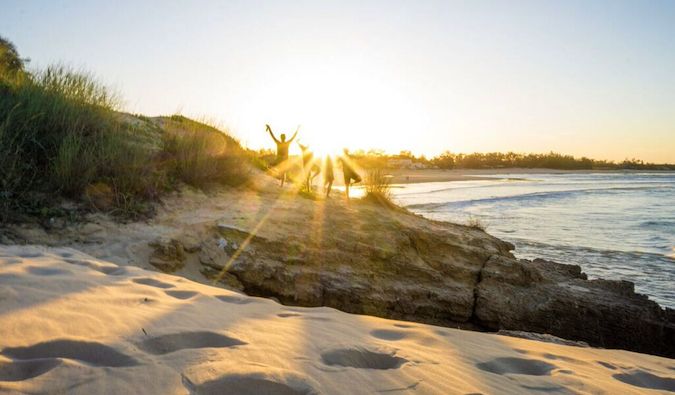 Apart from warnings and scary statistics, there isn’t much information online about the country. While searching for accounts from solo female travelers, I stumbled on a forum on a scuba board from 2013 that advised a poster to think twice about going if she was good-looking.

A posting in the Lonely Planet Thorntree forum wasn’t much more encouraging; it linked to a blog post that stated that Mozambique was the toughest country the author had traveled through: she’d been robbed, it was too expensive, and she elected to cut her trip short.

I started to wonder if I’d find anything positive at all.

Then I remembered something: There are a lot of misconceptions about Africa. People tend to think it’s a horribly dangerous place and forget that there are also kind people, beautiful landscapes, good food, and unique adventures to be found.

Similarly, before I went to South Africa for the first time, a few friends from back home expressed deep concern that I would be traveling through a country they perceived as too dangerous to traverse on my own. They warned me against Ebola (which hadn’t even come close to infiltrating South Africa), rape, and violence.

In reality, I found that with the right precautions, traveling there was no problem and that fear is often more limiting than helpful.

Likewise, when it came to Mozambique, I knew that it was only irrational fear holding me back. 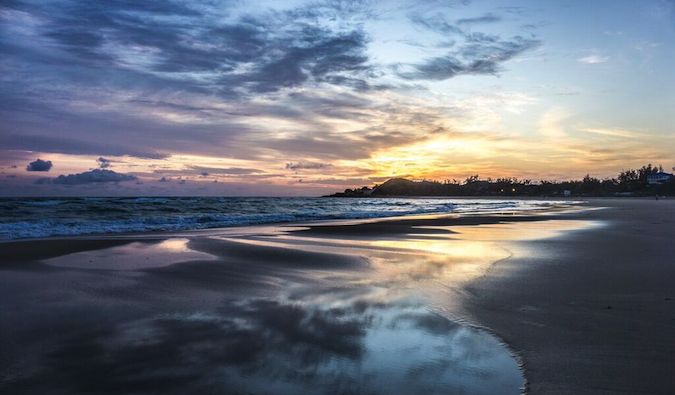 You figure out the visa requirements (which I took care of in Johannesburg prior to going).

You make sure you have the right immunizations (which I took care of at a travel doctor in Johannesburg, who gave me antimalarial pills for much cheaper than they would have been in the US or Europe).

You ask when already on the ground for the best transport method. From Johannesburg, that’s an Intercape or Greyhound bus.

You ask locals at your first stop about where to go. The guys I couchsurfed with in Johannesburg delivered in spades when they told me to head to a beach town called Tofo.

You stay friendly and inquisitive upon arrival, and hold your head high and keep your back straight when asking questions and negotiating with taxi drivers and dealing with border crossing guards.

Traveling in Mozambique turned out to be just like traveling to every other place I had visited. I figured it out as I went, I was friendly and observant, and I asked locals and expats who had lived there questions whenever I got the chance. I realized that there was no reason to be worried — that I had done this a thousand times before in countless countries and cities around the world.

There were a few times I encountered dangerous situations. The chapas were so overpacked and dangerous that I resorted to hitchhiking to get around instead. It was actually the safer option!

And there were times when things just didn’t make any sense, such as when I had to go to the airport to book a flight out, simply because the online systems weren’t working.

Once I got there, the employees had to work between three computers to actually book the ticket, since each was a bit broken but still worked for one aspect of the booking process. The ordeal took an hour and a half, but it was just the norm there.

So is ordering your food two hours before you want it, because it just takes that long. And a few friends of mine who drove a car had to pay a fine to the police because they had bags in the back seat and the “seats are for people, not bags.” 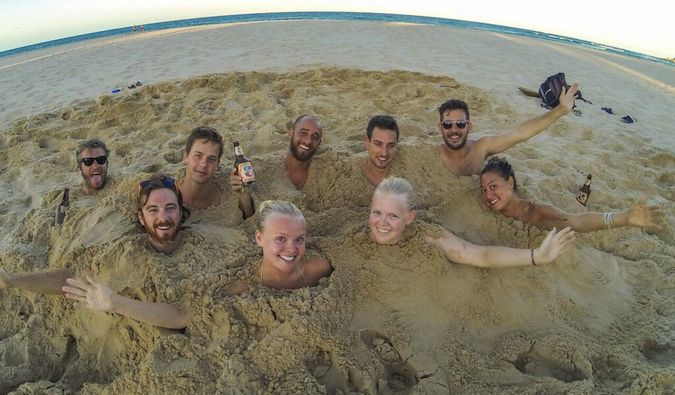 It’s frustrating and difficult in so many ways, yet it’s so breathtaking and full of smiles. I learned so much about the culture, humanity, and patience while I was there. I was let in in ways that just don’t happen in Europe or the US. People would invite me out to show me “the real Mozambique,” and I’d dance the night away and end up with a handful of new friends.

Nowhere has been so challenging and rewarding all at the same time.

The bonus was that I made all of these discoveries on white-sand beaches with aquamarine waters full of whale sharks and devil rays. The cherry on top was that I was paying less than the equivalent of $30 USD per day for the privilege.

The country wasn’t that scary, and it certainly wasn’t expensive like the message boards led me to believe (Mozambique is the only country I’ve visited that didn’t charge me double for being a single girl in a private bungalow!). I was glad I didn’t let my overactive imagination and irrational fear win.

I know that traveling to somewhere you’ve never been before, with limited available information, can be extremely nerve-wracking. Compound that with the fact that I was traveling in “scary, scary” Africa, and it becomes even more daunting.

However, I was shown yet again that letting fear get in the way of what could be a wonderful travel experience is a mistake.

I had a chance to meet an amazing crew, and most important of all, take on a challenge solo and dominate it. I had another chance to prove to myself that I’m capable, and that I still prefer solo travel, after all. I got to know a new country that few people visit intimately, and the good times far, far outweighed the bad, times ten. No, times a million. The same can happen for you.

It just takes a little courage, slaying the fear monster, and confidence in yourself.