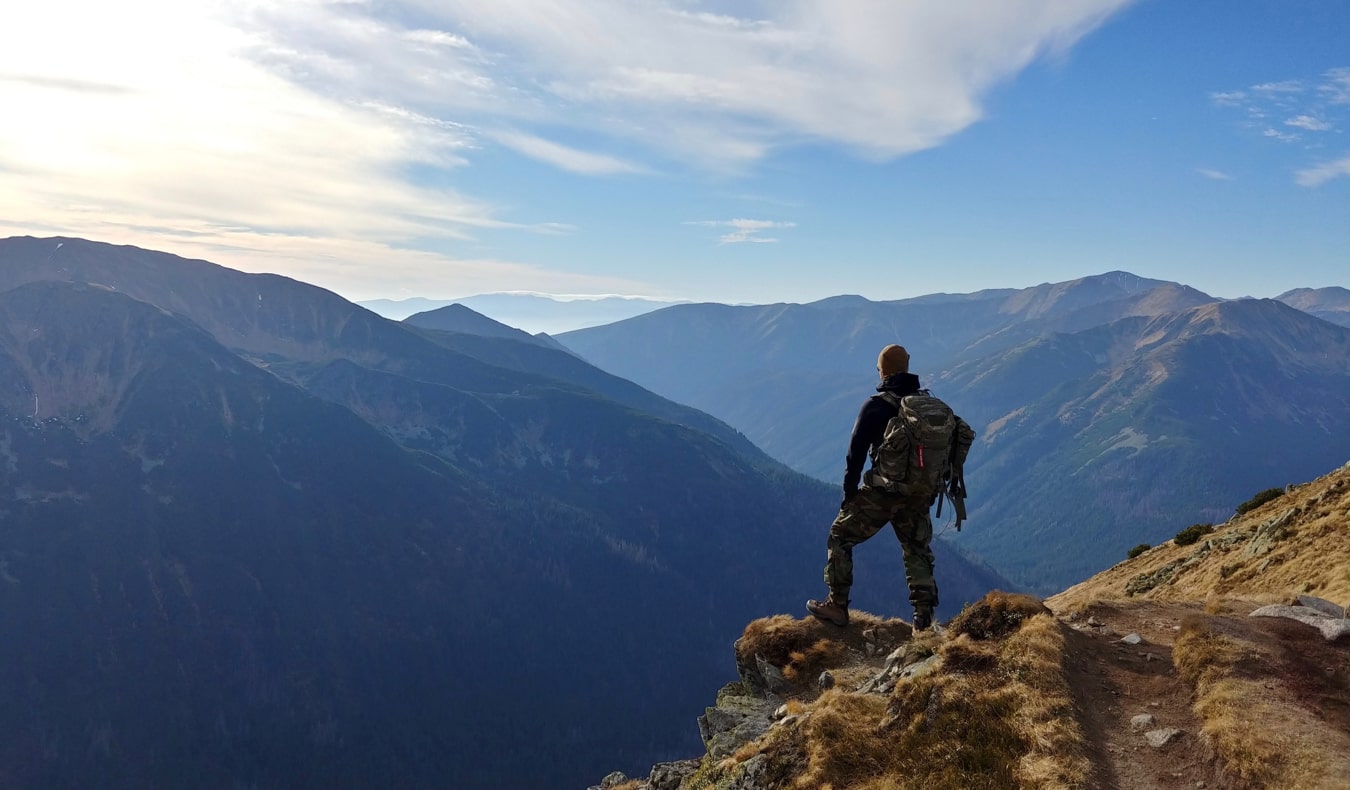 Last year, I stumbled across a number of articles talking about recent findings about the risk gene. Apparently, people who travel a lot are predisposed to it because we’re risk takers and have this gene. I thought “Cool! Scientific proof my wanderlust is really in my genes”! So when my friend Kayt told me about her new book The Art of Risk: The Science of Courage, Caution, and Chance, that dealt with the subject, I thought it would be wonderful to have her write an article all about the science of wanderlust.

I’ve known Kayt for years and she’s one of the best writers I know. She’s someone I look up to and I’m excited to have her write for this website. So, let’s take a break from our normal travel articles, and get our nerd on!

When I was in college, an acquaintance, Dave, won a prestigious engineering fellowship. When I congratulated him, he informed me that he was going to refuse it. I was shocked. The fellowship offered him substantial funding for his research plus a year’s stay in Italy.

Why on earth would he refuse such an adventure?

“Why would I want to go to Italy?” he replied when I asked him. “Everything I need is right here in Pittsburgh.”

I don’t think I could have been more shocked if he had told me he was pregnant with kittens. But he was deadly serious. He had been born and raised about an hour’s drive from the city. He came to Pittsburgh for college and then stayed on for graduate school. He went on to tell me that he had never, in his 26 years, set foot outside of the state of Pennsylvania.

And he didn’t feel any sort of compulsion to do so.

I wanted to cry at the thought of him giving up a year in Italy. And, I won’t lie — I actually thought he might be insane.

Ten years later, Dave and I ran into each other again — you guessed it — in Pittsburgh. When he asked me what I had been up to, I started telling him of a recent trip to Colombia, complete with bus misadventures and a person bringing me a live chicken when I offered to make dinner. As I told the story, he looked very uncomfortable.

At first, I couldn’t understand why. Then it dawned on me: he was convinced that I was actually the insane one.

What drives some of us to forsake the comforts of home and explore the world? Is there a scientific explanation for why some of us are slaves to our wanderlust, while others are dead set on staying put?

As it turns out, the answer may lie, at least partially, in our DNA. 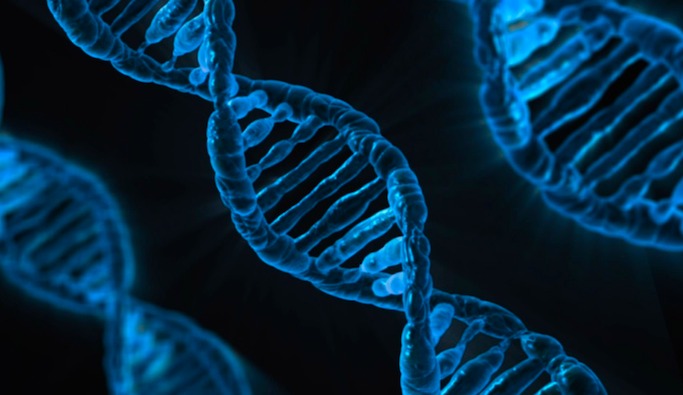 When it comes time to take a risk, our brains take in all kinds of information about rewards, emotion, stress, potential consequences, previous experience, and other factors and put it all together to help us decide whether to take a leap — or stay put. That’s whether we’re going after some tasty food, chasing a potential mate, or traveling to exotic locales.

And the brain regions that grok all those factors are fueled, in part, by a special chemical called dopamine. You may have heard of dopamine before. Some call it the “pleasure” chemical. And certainly, we all get big hits of it when we get a taste of something good (literally or figuratively). Scientists have found that having lots of dopamine in certain parts of the brain can lead to more impulsive, risky behaviors. And some people have all that extra dopamine because they possess a specific variant of the DRD4 gene, a gene that codes for a single type of dopamine receptor, called the 7R+ allele.

Numerous studies have linked the 7R+ variant to a wide range of behaviors. People with this variant are much more likely to make a financial gamble in hopes of a bigger payout. They are more likely to have a greater number of sexual partners — and participate in one-night stands, too. They are more likely to become addicted to drugs or alcohol. They even throw caution to the wind when engaged in that nursing home card-game favorite, bridge.

And they may also be more likely to travel to distant lands.

Justin Garcia, an evolutionary biologist at Indiana University’s Kinsey Institute, says that the DRD4 gene is very important from an evolutionary standpoint. He says its 7R+ variant was likely selected for (i.e., caused greater reproductive success) tens of thousands of years ago as humans started their great migrations out of Africa and into other parts of the world.

Garcia argues that all that extra dopamine in the brain may have helped motivate prehistoric man to venture from home, explore, and seek new territories for mates, food, and shelter.

To venture from home. To seek new territories. To explore.

And yes, to wander.

So could something like a simple DRD4 variant explain wanderlust? Or clarify why I see travel as an opportunity while someone like Dave views it as a terrible risk?

Though biology never works alone (environmental factors can tweak our genes in wild and wonderful ways, too), Garcia says that DRD4 may explain some of these differences. His work looks at the 7R+ allele and how risky behaviors may express themselves in different situations, and he’s found that it is linked to people wanting to push the envelope in interesting ways.

One of the questions we have is how much overlap we might see in risky behaviors. If you are an economic risk taker, are you also a binge drinker? If you modify your drinking behavior, are you more likely to jump out of airplanes or cheat on your spouse? There’s some evidence that, if you have this allele, it needs to be expressed in some way behaviorally. These people with the 7R+ have a certain neurobiological predisposition that requires them to find some domain that allows them to get their kick.

“So one of those domains could be the kind of crazy wanderlust we see in some people?” I ask.

“It could be. We don’t have very clear answers at this point. But we’re seeing that some people are just risky in all areas. Lay people might say those people have ‘addictive’ personalities. They always seem to be doing really impulsive things. But we also see that others have these predispositions for risk, and they find [just] one domain to express it in. Travel could be one. But what domain an individual is going to pick to express that risk is very much going to be driven by environmental factors and social context.”

“So what is this kick we are trying to get, exactly?”

“People talk about DRD4 in terms of risk-taking a lot. But there’s been a push to change that. Because we don’t know if it’s really about taking risks per se, or about putting yourself in a situation where you can interact with new stimuli and environments, which stimulates the nervous system in a particular way,” he says. “Some people seem to really need that novelty, and they seek it out wherever they can get it.” 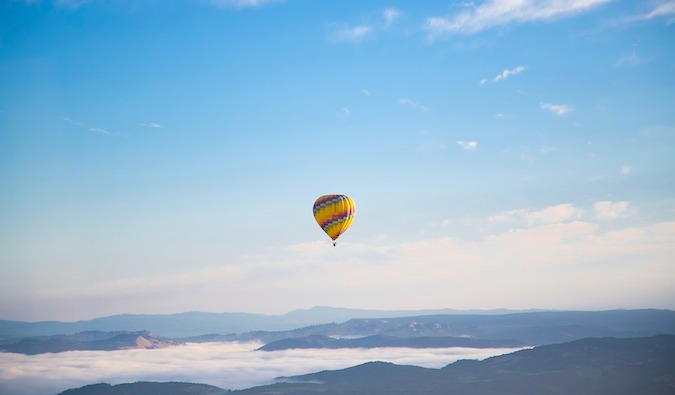 And travel, certainly, offers one the opportunity to engage with novelty. That’s one of the things that I love about it. The ability to get out and explore, to feel completely alien for a few moments.

To push myself, at times, to my limits so I can connect and communicate. To revel in new landscapes and immerse myself in a foreign culture.

It’s easy to believe that Dave’s brain just isn’t set up in the same way as mine. Perhaps my brain needs the kick I get from exploring the unknown — and his simply doesn’t. All of a sudden, I have the compulsion to compare our DRD4 variants. Maybe there is a story there that will explain why I see travel as a gift, something I can’t live without, and Dave wants to avoid it at all costs.

But J. Koji Lum, an anthropologist at Binghamton University and frequent collaborator of Garcia’s, puts me back in check. Genes, he tells me, only tell part of the story if we want to understand addiction, risk-taking, or wanderlust.

“DRD4 is one gene and, of course, its contribution to any complex behavior is going to be small. But those small differences add up,” he explains. “To a certain extent, assessing risk is just running an algorithm in your head. The different genetic variants mean that algorithm is running at slightly different levels in different people. That’s where all of this comes together: people are running slightly different algorithms that help define whether or not they will take a risk. And, ultimately, over time, that one small difference in the algorithm ends up in very different lives lived.”

Dave and I have certainly lived different lives. He, as of a last Facebook check, is still in Pittsburgh. I’m now dragging my kids across the globe whenever I can. That is a definite difference.

So, next time you look at a die-hard traveler — the man who decides to quit his job and backpack across Europe for a year, or the woman who uproots her family to start a small school in Namibia — know they aren’t crazy. They might just process risk a little differently than you do or be wired for novelty.

After all, more and more, science is showing that wanderlust and the desire to seek out the unknown may be, at least in part, written in our genes.

Kayt Sukel is a traveler, writer, and scientist who wonders why we do the things we do. Her first book dealt with the science of love and her new book The Art of Risk: The Science of Courage, Caution, and Chance deals with why we take risks. I read it on my flight to Australia and found the science intriguing. It reminded of the Power of Habit (another favorite of mine). I highly recommend the book. Kayt can also be found on Twitter and her blog.