I love to gamble. Some people spend money on TVs, clothes, and sports tickets — I spend money at the blackjack table. Ever since I heard Macau was the biggest gaming center in the world, I’ve wanted to visit. Yes, that’s right — there is currently more money flowing in Macau than Las Vegas!

Truthfully, I wanted to visit Macau before I knew that, but learning that fact only made me want to go more. Last month, on my way home to the States, I stopped in Macau. When you hear that a place is the gambling capital of the world, you think lights, glitz, glam, and casinos. Instead, I found a city like any other, one with some decent, interesting side streets, parks, markets, and only a few semi-glitzy casinos. I was a bit disappointed.

But cities are cities, and while they don’t often live up to the image we have of them in our mind, they can still offer a lot of charm, character, and interesting activities. But I am going to be honest: I didn’t get along well with the charm and character of Macau. We didn’t have a big fight, trade insults, or anything. And it’s not even because Macau took all my money — it’s simply that our personalities didn’t mix. There’s nothing wrong with Macau, and I enjoyed parts of it. But it just didn’t wow me. It didn’t even semi-wow me.

I stayed there for four nights. While I normally feel like four days in any city is too short, after two days in Macau, I was ready to get going. I had seen it. Nothing there was pulling me to stay.

Most travelers do Macau as a day or overnight trip from nearby Hong Kong (one-hour ferry ride, 125 Hong Kong dollars). Lots of people I’ve talked to seem to feel the same way — more than two days is just too many. That’s not to say that Macau doesn’t offer many worthwhile activities: 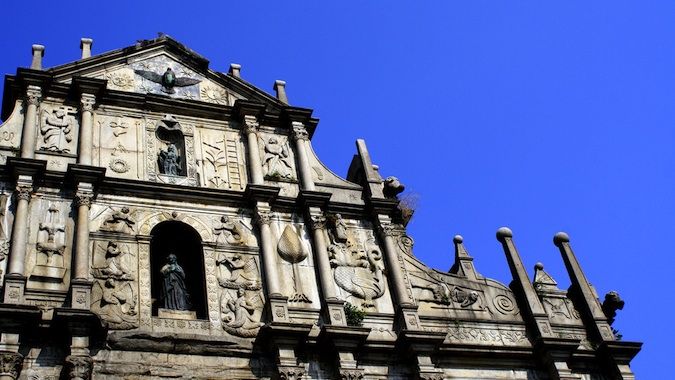 Visit São Paulo Cathedral – This cathedral is really only the façade of the former building, as the rest was destroyed a long time ago. But this façade is one of the major attractions in the city and a perfect place to glimpse the old Portuguese influence on the city.

Enjoy the Portuguese architecture – Speaking of which, Macau used to be a territory of Portugal, and there is a heavy Portuguese influence in the architecture of the island. Half the time you feel like you’ve walked into historic Portugal with the design of the homes. Many of the Portuguese sites in Macau are also world heritage sites, and the tourist map of the area features a walking tour so you can seem them all.

Visit the Taipa museums – There are two museums on the island of Taipa (Macau is made up of four connected islands): the Museum of Taipa and Coloane History and the Taipa Houses Museum. The history museum contains detailed and informative displays of Macau culture, and the houses museum is made up of a row of colonial houses from the early 20th century. They have been restored to show the style of living of the original owners. 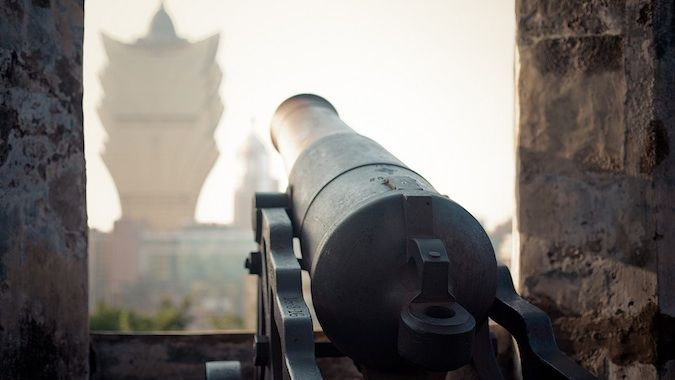 Walk up to Guia Fortress – The fort and chapel here were constructed between 1622 and 1638 to warn residents of impending attacks. It’s the highest point in Macau and the best place to go for sweeping views of the city on a clear day.

Eat dried meat – Everywhere I went I saw stores selling huge slabs of dried meat from all sorts of animals. Vendors will cut you off a free sample if you want to try it. I was a bit nervous at first (what am I eating?!) but after I did, I really enjoyed it. It tastes like beef jerky, so if you like that, you’ll like this. 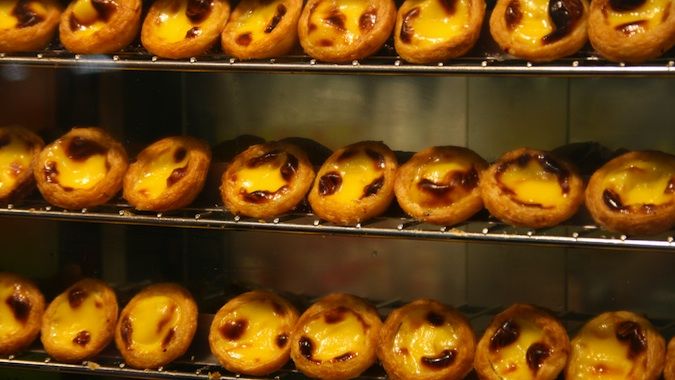 Eat an egg tart – Macau is famous for its traditional Portuguese egg tarts. They are yummy but they didn’t blow me away. Then again, I don’t like desert-type foods, so I might not be the best judge of what is a good desert.

Try the noodles – Macau, like Hong Kong, has a plethora of little noodle shops tucked away in back alleys. You smell them before you see them, and the aroma of the noodles and soup would always divert me from my wanderings. Employees at most of the places don’t speak English, but their menus do include pictures so you can just point to what you’d like to order.

Go hiking – If you have extended time in Macau, the island of Coloane has some beaches, golf courses, and hiking trails. It’s the best way to enjoy the outdoors here. 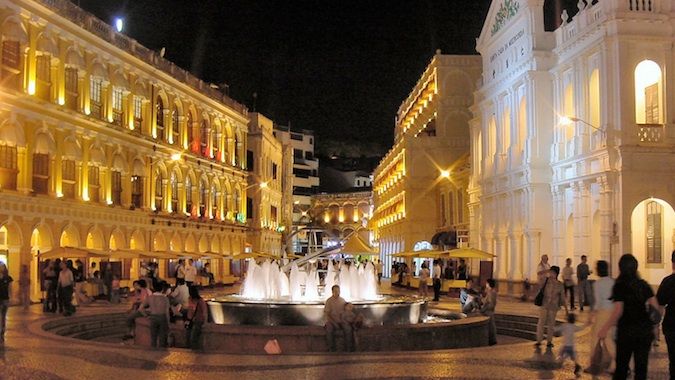 Wander and explore – Macau isn’t that big, so it makes for an intriguing city to get lost in. I enjoyed getting lost in the twists and turns of the alleys, stumbling upon temples, parks, and noodle shops. I found getting lost on Macau Island to be more interesting than Taipa Island simply due to the larger abundance of zig-zagging streets and tiny alleys. If you get too lost, the casinos hovering in the skyline are good reference points, allowing you to easily find your way back. And, of course, there is the gambling. The casinos aren’t as lavish as they are in Las Vegas, but the Venetian and the Galaxy are worth at least a walk through. At the Galaxy, there is a five-minute crystal chandelier show that features very melodic music and a colorful light show.

If you’re in Hong Kong, visit Macau for a day or an overnight trip. The parks, architecture, and food are wonderful, and the slow-paced feel of the city can be a nice contrast to the hustle and bustle of Hong Kong. (Plus, the ferry ride over? Beautiful!) But don’t do what I did and fly in and stay for four days. I don’t think there is enough there for that long.

There’s really nothing bad about Macau. I’m happy I went there, just as I’m always happy to go someplace new. But you know, sometimes places are just meh. They aren’t bad, but they don’t blow you away, either. Macau was fun; it had some interesting sights, sounds, and food. And, while there’s nothing I can put my finger on to say “I dislike this,” there’s nothing I can say that wowed me. I was glad to finally visit Macau, but I doubt I will head back anytime soon.