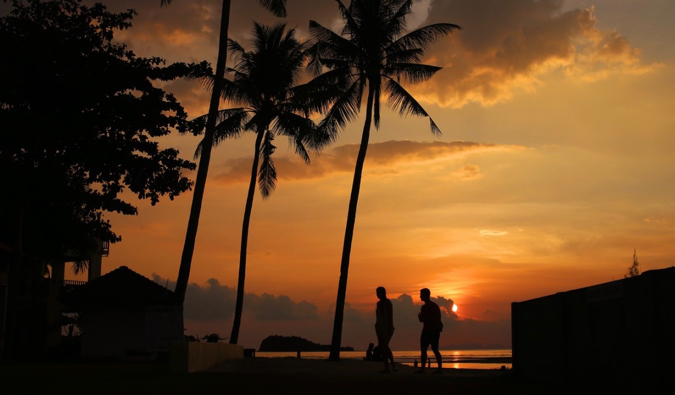 It all started with two French girls. It was 2006, and I was five months into my first round-the-world trip. I’d arrived in Thailand two weeks before, run into a friend, and jetted off to Ko Phi Phi, a place I didn’t enjoy. Another friend emailed me about a beautiful, out-of-the-way, hidden island near the Malaysian border called Ko Lipe and suggested I come. It sounded perfect. “I’ll be right there,” I replied.

But then I ran into those beautiful French girls with their seductive accents.

A few nights before, I’d met them in one of the many bars on the island. I saw them again on the ferry back to the mainland; they were heading to Ko Lanta. I’d never heard of it, but when they invited me to come along, I put my Ko Lipe plans on hold and joined them.

I can never say no to a French accent.

Arriving at Ko Lanta, we found ourselves on an island paradise that has since become one of my favorite places in Thailand.

Back in 2006, the island was rustic. It had few resorts, restaurants, or bars, and most bungalows had only cold water and fans. Air conditioning and hot water were a luxury. Even on its most touristy beach during high season, there was hardly a soul around. A bar was considered busy if it had more than five people in it. We spent four days biking the island, lying on the beach, gorging on cheap seafood, and watching some of the most unbelievable sunsets of my life. 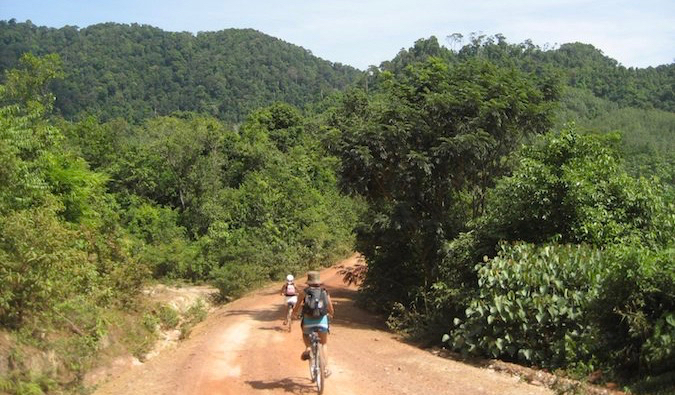 Ko Lanta was paradise. A beautiful, seemingly unknown place located in a region known as the epicenter of Thailand tourism. How everyone managed to miss this paradise with its long and wide white sand beaches, cheap food, and sunsets (the island faces west) boggled my mind.

But everyone’s loss was my gain, and those four days left a deep impression on me.

When I returned to Ko Lanta in 2009, I was nervous. Three years had passed. That’s a long time in Thailand. Development happens like a sandstorm, and Ko Lanta’s name had been coming up more often on websites and among travelers. I feared the worst: my tiny little beach bungalows replaced by resorts and those quiet beaches filled with bars and overpriced restaurants. Gone would be the days of $6 bungalows. 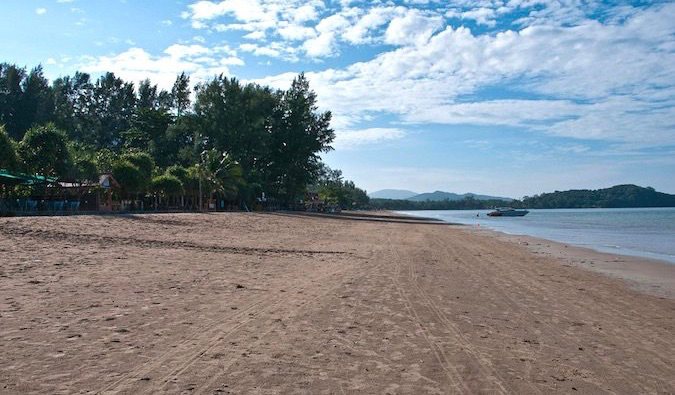 I stepped off the ferry, took a depth breath, and…exhaled a huge sigh of relief. Yes, prices were higher, there were more people, and some resorts had popped up, but the low-key, relaxed nature of the island remained intact. The beaches hadn’t been overdeveloped, there wasn’t trash everywhere, it was still easy to get most of the beach to yourself, and cheap bungalows still existed.

Fast forward to February 2014 when I took my Thailand tour group to Ko Lanta. With its white sand beaches, delicious seafood, plethora of activities, and relaxed atmosphere, it was the perfect way to end the tour.

But again I held my breath.

It had again been years since I was last on the island, and even though recent pictures I’d seen illustrated that the island was still beautiful, I was worried nonetheless.

But I was worried for nothing.

The island was still paradise and, while more developed than before — with a few more high-end resorts, international restaurants, and higher prices — it still offered seclusion and serenity.

Ko Lanta seems to buck every trend in tourism in Thailand. Despite its growing popularity, it hasn’t been overdeveloped like every other island in the country. There’s a lot of potential here, and with its beautiful beaches and sunsets, this place could easily become the next Ko Samui, Krabi, or Phuket.

And that’s good for us. Uncontrolled development has ruined many islands in Thailand, but Ko Lanta has remained a paradise for a few reasons. It’s pretty hard work to get there with the car ferries. Only so many people can be brought over at once. The government has focused its efforts on developing other parts of the region, and the local, tight-knit community has been quite coordinated in how they want the island to develop. This community collaboration (rare in Thailand) has allowed it to avoid the free-for-all development fate of other Thai islands. 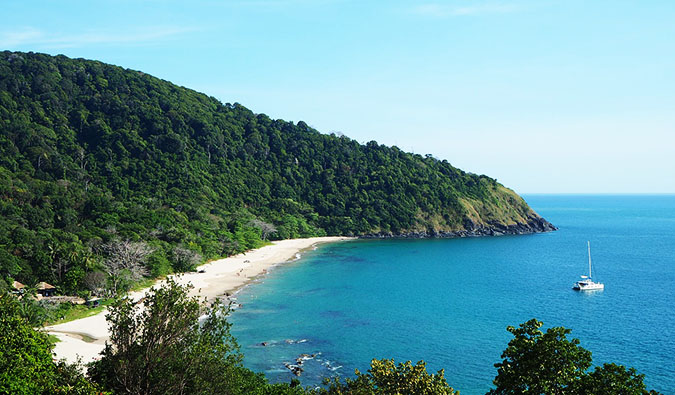 I’m unsure how long this will last, especially as the construction of a bridge from the mainland finishes. In Thailand, nothing is ever certain. Your island paradise could turn into your island hell within the span of a single season.

However, for now, Ko Lanta remains one of the best islands in Thailand to visit and my island paradise.

One day, I’ll find those two French girls and thank them for bringing me here all those years ago.

Get the In-Depth Budget Guide to Thailand! 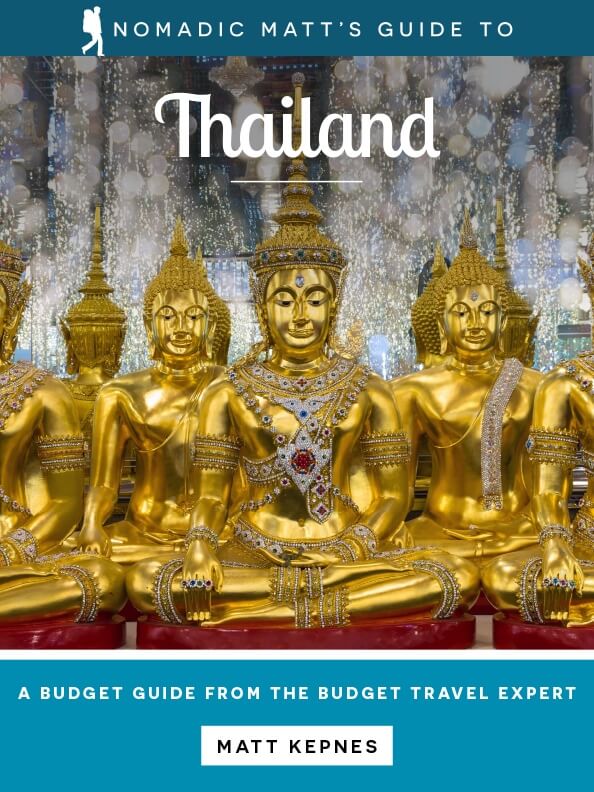 My detailed 350+ page guidebook is made for budget travelers like you! It cuts out the fluff found in other guidebooks and gets straight to the practical information you need to travel around Thailand. You’ll find suggested itineraries, budgets, ways to save money, on and off-the-beaten-path things to see and do, non-touristy restaurants, markets, bars, safety tips, and much more! Click here to learn more and get your copy today.

Book Your Trip to Ko Lanta: Logistical Tips and Tricks

Want More Information on Ko Lanta?
Be sure to visit our robust destination guide on Thailand for even more planning tips!