Last month, I took my first cruise as an adult (previous cruises had been with my parents) and found it to be a very culturally eye-opening experience.

I broke completely out of my norm of independent travel and stepped curiously into mass consumer travel. Instead of hostels, figuring out local buses, and street food stalls, it was a lush stateroom, endless buffets, and planned events. Instead of young and independent travelers, it was families celebrating anniversaries, birthdays, and quinceañeras.

And while you may not learn about your destinations on a cruise (more on that in a bit), you learn a lot about people. I discovered that there’s a distinct cruise culture, a culture that makes for incredibly interesting people-watching. Since for a lot of people a cruise is their only form of travel, it was interesting to hear about travel and the world from those who see it through a highly sterilized and commercialized experience.

After all, a cruise is a resort-meets–Disney World on the sea.

Things That Amazed Me

First, there was formal night, a night where you dress up for a “nice dinner.” It was like going to adult prom. Everyone was dressed to the nines — I even saw people in tuxes. Families were taking portraits (including the classic “back-to-back mother/daughter shot”), and teenage girls celebrating their quinceañeras ran around in prom dresses and tiaras. I remember overhearing one guy say that formal night on a cruise is the only time of the year he dresses up. But what really interested me was that for so many people, this seemed like a big event despite the overrated cheese factor. I can’t really figure out why people loved it so much. It’s just a formal night on a cruise. You get lobster instead of steak, and it’s not like those pictures they take are free.

Secondly, I was amazed that cruises were such family events. My cruise buddy Jason, a more experienced cruiser than I, told me that there are actually only a few boats for singles or young people. Most ships tend to be populated by families or older adults. Thinking about all my cruise experiences, I can see that. What I really found interesting was the nature of families here: tons and tons of large, extended families. Our stateroom was surrounded by a family that took up seven rooms. At dinner, one family took up three large tables. Everywhere I looked, I saw large families. Cruises, it seems, are where families go to travel. I guess it’s the new family reunion. 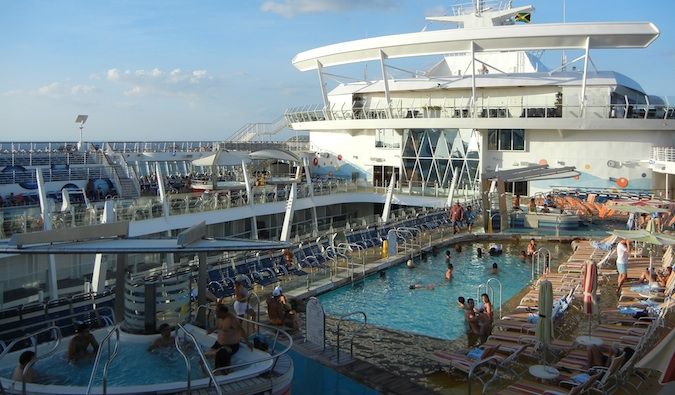 Because cruises for that many people cost a lot of money, it made me wonder: Do people know they could head to Paris for far less? Do they even care? Or do they cruise because it’s an easy, organized way to get everyone in one spot?

For most of the people I spoke with, a cruise was just a simpler and easier way to organize a large family gathering than a massive trip to Paris.

And in talking to people, what I really learned was that travel and vacation were synonymous words for them. This was their vacation, but in their mind, this was also traveling. Forget the fact they never left “the resort” — to most people on a cruise, this was travel.

And I think that’s unfortunate. There’s absolutely nothing wrong with a vacation, but to think that heading to a mass consumer destination is the same thing as travel is not a good thing. Just like heading to Vang Vieng and saying “I’ve been to Laos” isn’t really true, so is heading to a cruise port or an all-inclusive resort. It sterilizes the destination and hides the local culture. You aren’t really experiencing Mexico when you’re in Señor Frogs, but it was amazing to me how many people expressed the idea that “Mexico is awesome!” while there.

I think there’s a distinct difference between travel and a vacation. The first is about experiencing the world, the latter about relaxing.

The Dark Side of Cruise Culture 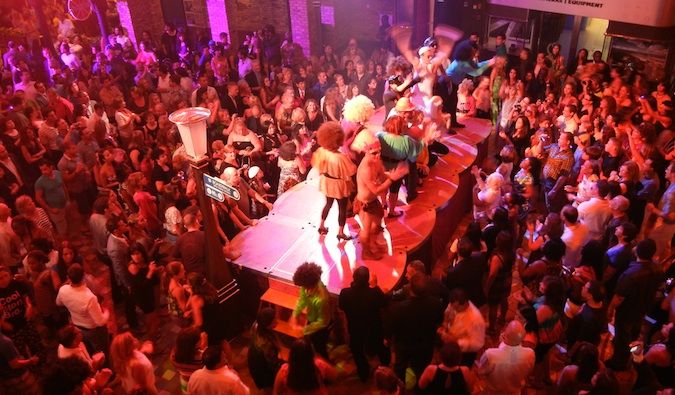 On the one hand, I think cruise culture is interesting because it’s always about having fun, keeping a drink in your hand, eating, and meeting new people. It’s a very happy and lively atmosphere. And that’s good.

But there is the dark side to cruise culture: it’s insular. For a lot of people, a cruise is their only chance to get out and see the world. It might be their only chance to experience other cultures, especially since most Americans don’t travel a lot. And what I didn’t like about the cruise was that it was so inwardly focused, with everything designed around never looking outside the ship. I disliked how there was no emphasis on learning about the destinations we were going to.

In Haiti, when I started asking my Haitian tour guide in Labadee (Royal Caribbean’s private resort, where a double-walled, barbed-wire fence keeps people out and us in) about life beyond the wall, he became visibly uncomfortable about discussing it, as if it was taboo to discuss “things that happen over there.”

Now, we don’t need to have a discussion on Haitian, Mexican, or Jamaican politics (the three ports of call on my cruise), but I don’t see why cruises couldn’t at least offer some basic information about their ports of call. There was nothing in our daily itinerary planner about our destinations. (Jason confirmed that this happened on many other ships too.)

In a way, I felt like the ports of call were completely irrelevant. If there’s no effort to inform travelers about their destinations, why not just park the boat somewhere close to a beach and stay there? Why make a show of it?

We Americans don’t travel much. Our news programs don’t seem to report on a lot beyond what Miley Cyrus is doing. I know this is going to seem offensive, and I don’t mean it to be, but cruises have a definite “Middle America” feel to them. (I use that term because “Middle America” is often considered synonymous with bland, cookie-cutter consumerism.) Cruises are a highly commercialized and sanitized experience; they gloss over the reality of each destination to create a bubbly, you-don’t-need-to-think-about-it picture. That’s something I really hate about American culture. It’s often very insular, and this seemed to perpetuate that attitude. 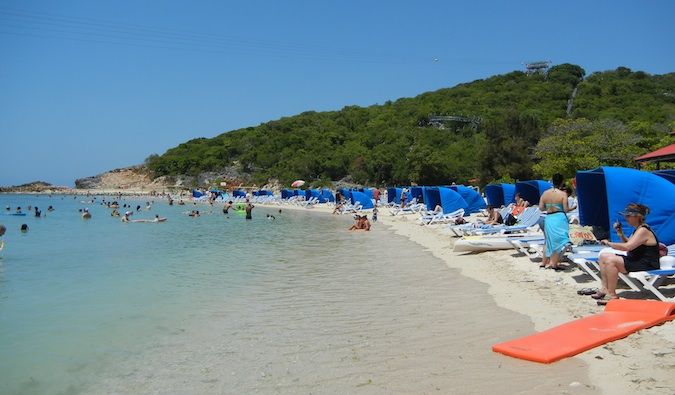 I met people who had never traveled beyond a cruise. Folks who went on cruises two or three times per year. And while there’s nothing wrong with enjoying a cruise, what I learned on the ship is that cruises cater to a superficial, turn-off-your-mind form of travel. (Writing this post made me realize that I saw the exact same thing on my old Carnival cruises, so I’m not trying to single out Royal Caribbean.)

I’m happy people are leaving their houses. That’s a step in the right direction. I’d rather have someone on a cruise than at home. But while we all need a vacation, cruise companies could at least provide some fundamental knowledge about the ports of call they stop at. Shit, print out the Wikipedia page for heaven’s sake. Anything is better than nothing.

Instead, I felt that many of the folks on cruise ships knew little about the world outside the US, and cruises were more than happy to oblige them and support that attitude. Note: Not all cruises are like this. There are many wildlife and nature cruises that have naturalists and lectures on them.

A lot of people write off cruises because of the sanitized, Disney feel to them, and I definitely picked up on the carefree vibe. I’ll definitely go on a cruise again because I enjoyed tuning out. For once, I enjoyed not traveling. (And in that vein, all-inclusive resorts are probably in my future, too.) There’s nothing wrong with wanting to sit by the pool with a drink in your hand. That’s all I wanted.

But, for that family, whose only experience out of the country is this one cruise? There should at least be the option to learn more about the local culture so that family can walk away with some knowledge of the local area beyond that it has zip-line tours, some ruins, and cheap drinks.

Then again, maybe I’m assuming that people care and want to learn more about their ports of call rather than drown their brains in frozen piña coladas.

But that thought depresses me too much.